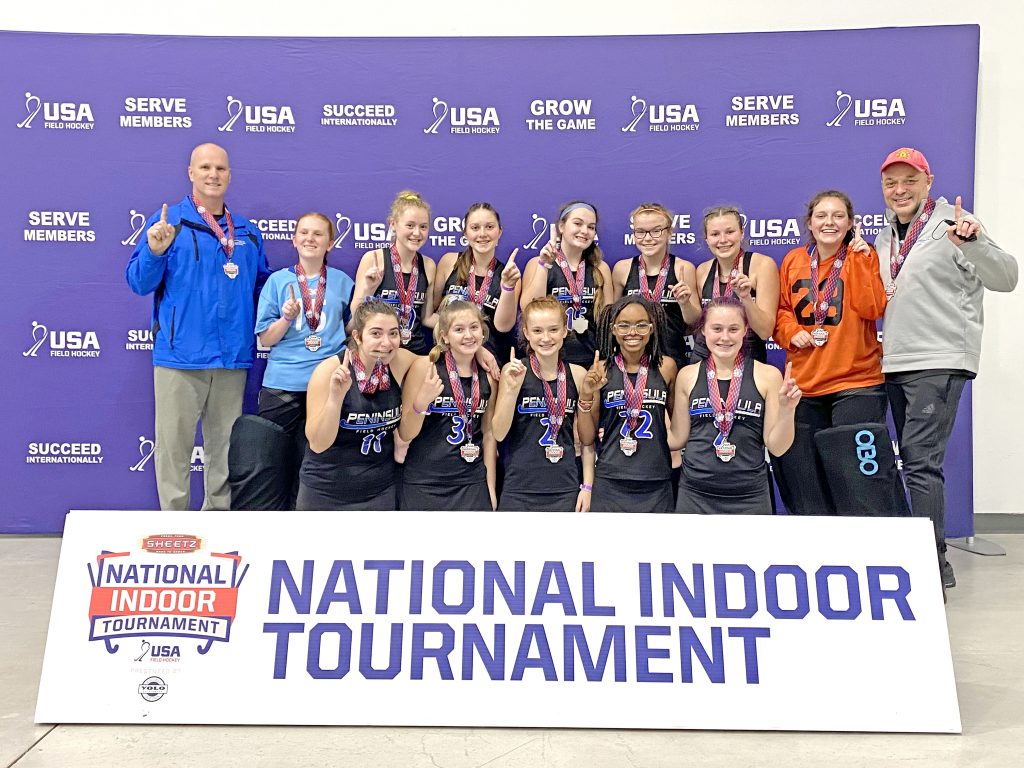 The team is made up of a dozen young women from Gloucester, three from Poquoson and one from Newport News.Coach Joe Dougherty said the game against the Philadelphia-based team, X-Calibur, was the most competitive. X-Calibur jumped out to a 2-0 lead by halftime, but the Peninsula Power was able to make a comeback, scoring three goals for the win.

The Peninsula Power’s won its last game against the Pittsburgh Venom by a score of 1-0 to secure the gold medal. “The strength of the team and program is unity and chemistry,” Dougherty said. “These are memories they will have for the rest of their lives.”

The Peninsula Field Hockey Club is a regional club that offers field hockey opportunities to girls ages 9-18. The program was started 16 years ago by Dougherty, who serves as club director.
...