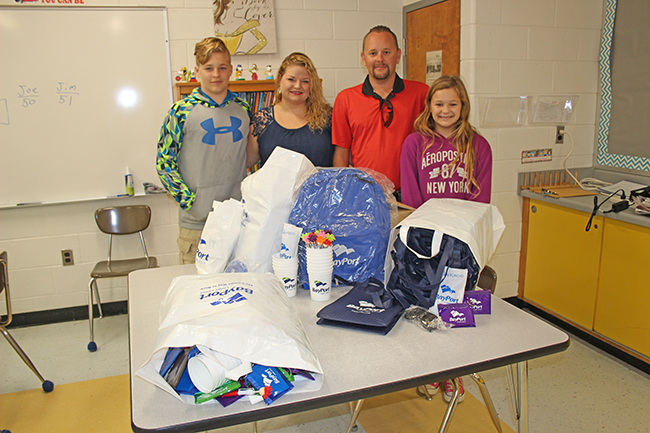 Gloucester siblings Brad Pranke, at left, and Gracie Pranke, at right, have inspired their parents, Chrystal and Bradley Pranke, center, to establish a nonprofit organization to help others. Photo by Kim Robins

The generosity of a pair of Gloucester siblings is inspiring their parents to establish a nonprofit organization to benefit people less fortunate than themselves.

When siblings Brad and Gracie Pranke, both students at Peasley Middle School, were asked by their father what they wanted for their birthdays last year, their response was, “I don’t want anything, I just want to help someone else,” according to their mom, Chrystal Taravella-Pranke.

Gracie, whose birthday is in April, decided to conduct a campaign to benefit the American Cancer Society and raised over $500 last year. For his 13th birthday in October of last year, Brad did a collection drive for the Gloucester-Mathews Humane Society. He also adopted a kitten from the society’s animal shelter.

This year, Gracie decided she wanted to provide packages of basic supplies for homeless people. When she did not collect as much as she wanted to, Brad decided for his birthday to expand on Gracie’s efforts to help the homel...