by Jeremy Cox and Timothy B. Wheeler, Bay Journal News Service on January 27, 2021 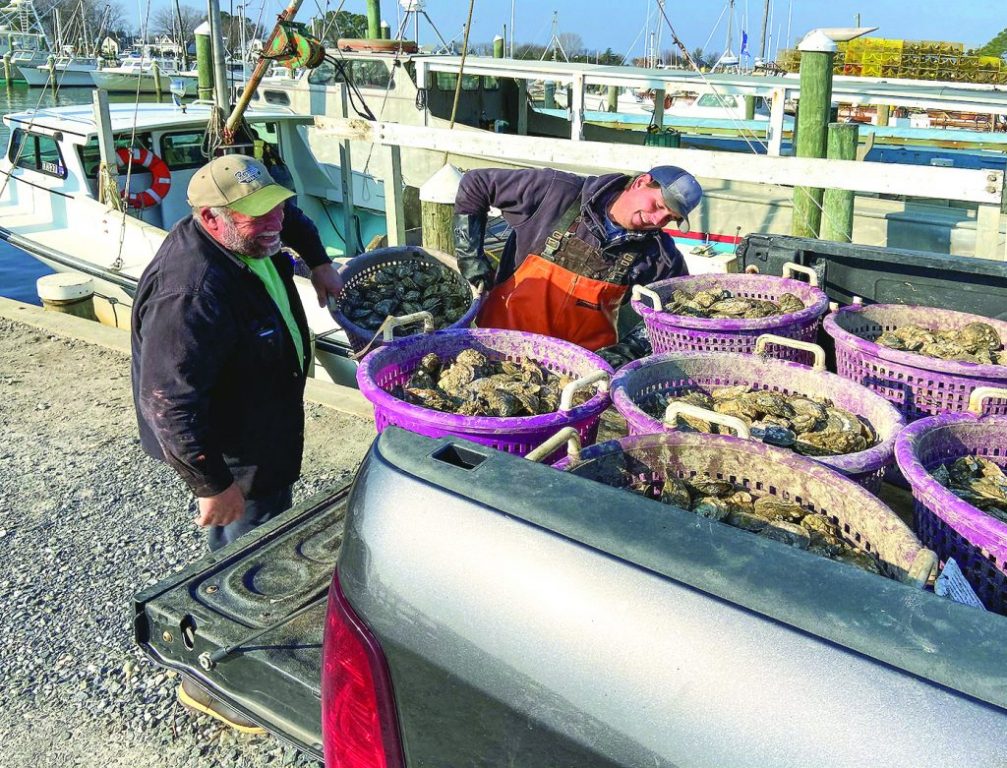 BAY JOURNAL PHOTO BY JEREMY COX Bill Huber and Jason Robbins hoist a bushel of oysters into the back of a pickup truck on Hooper’s Island, Maryland, in December 2020. Bay watermen are having little trouble reaching their state-imposed bivalve quotas each day which are fetching lower prices than last year.

With several hours of daylight to spare, Ronnie Robbins and his son, Jason, had already docked their 36-foot deadrise workboat on Hooper’s Island and started unloading their briny cargo.

Into the bed of a waiting pickup went 20 bushels of oysters dredged from the bottom of the Honga River on Maryland’s Eastern Shore. Once again, they’d handily harvested all they were allowed by the state to take in a day.

“It’s better than it’s been in years before, that’s for sure,” the elder Robbins said.

Even so, he and others who make a living off the Chesapeake Bay’s oysters have been struggling this fall and winter.

It isn’t a supply problem. Watermen in Maryland and Virginia alike say they are having no trouble landing their daily wild oyster quotas. Oyster farmers in both states also say they’ve raised bumper crops of the bivalves in leased patches of the bay and its tributaries.