No resolution
Supervisors take no action on monument 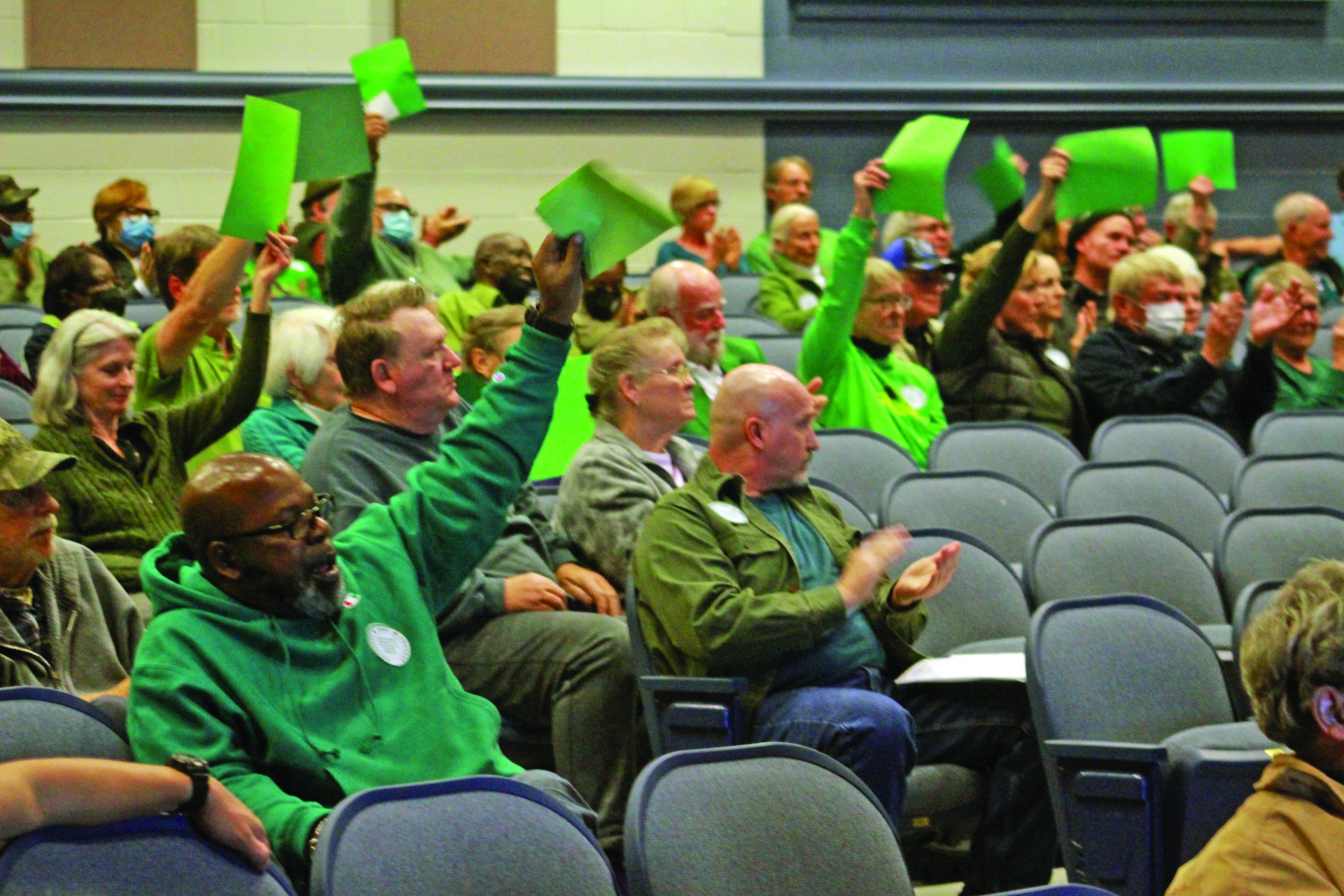 CHARLIE KOENIG / GAZETTE-JOURNAL Spectators to Tuesday night’s Mathews supervisors’ public hearing in opposition to a proposal to deed a small portion of the Mathews Court Green to a private organization raise green pieces of paper in reaction to a speaker urging the county to preserve and protect the historic court green.

Mathews County Board of Supervisors’ chairman Paul Hudgins said that the issue needs more examination and discussion, and that the corporation to which the land would be deeded still needs to provide the board with documentation.

“It’s important to review that, so there’s no way to move forward tonight,” he said.

Supervisor Dave Jones used his 10 minutes of comment time to aim barbs at Mathews Commonwealth’s Attorney Tom Bowen, accusing him of using social media to falsely claim that a decision on giving the Confederate monument and the land under it away would be made Tuesday night, and that supervisors had already made up their minds on the issue.

“People assume I made my mind up in one direction,” sai...