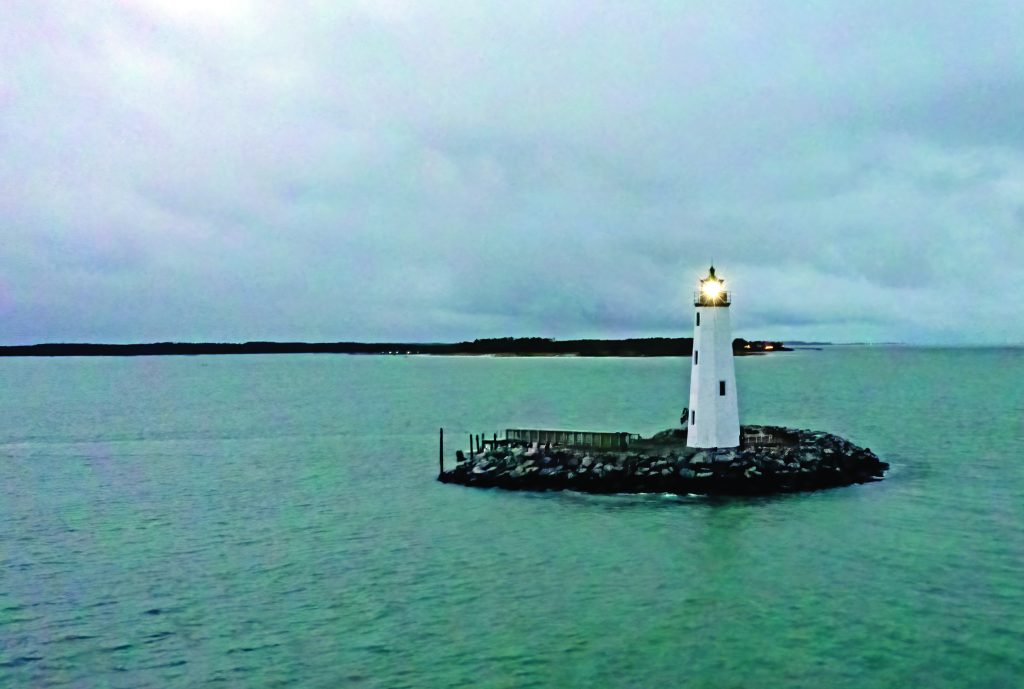 DOUG ROGERS PHOTOGRAPHY / COURTESY MCHS New Point Lighthouse beams again in this photo taken from a drone shortly after the light was turned on Tuesday, Oct. 12.

A bright timed light is beaming again atop New Point Comfort Lighthouse, 58 years after the Coast Guard abandoned the structure in 1963 and moved its warning signals to an offshore beacon.

An expectant group was gathered at the lighthouse observation platform at the end of Route 600, Lighthouse Road, in Bavon on Tuesday, Oct. 12, at dusk.

Following brief remarks, a signal sent by flashlight from the platform to the lighthouse, standing far away at the junction of Chesapeake and Mobjack bays, told a standby group to flip the switch.

Members of this group at the lighthouse were Chris Pritchett and his son Coleman Pritchett, son and grandson of the late Edward Pritchett of Bavon, who was part of an earlier effort to replace the lantern.