New mural is a bibliophile’s dream 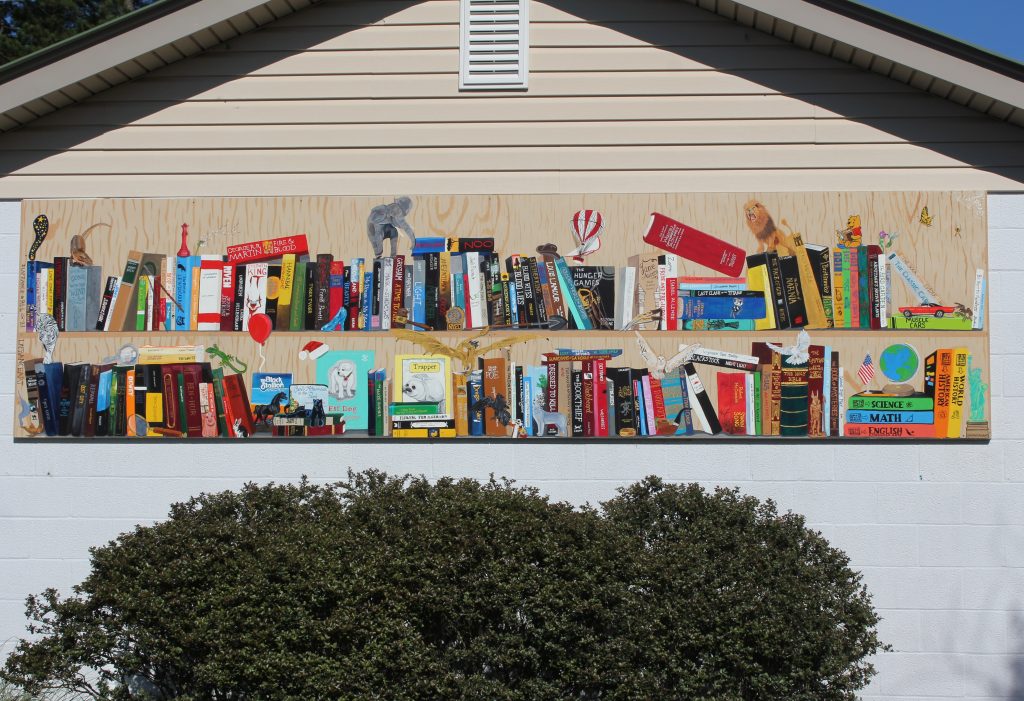 The Friends of The Library Bookstore has a bright, cheerful new mural to help the customers find their way to its treasure trove of books.

The Friends of the Library Bookstore in Mathews has installed a new mural on the side of its building on Maple Avenue. The bright, colorful mural depicts a bookshelf with a wide collection of books whose titles range from “Fire and Blood” by George R.R. Martin to “The House at Pooh Corner” by A.A. Milne and from “American History” to “The Holy Bible.”

Because the building, formerly known as the Orrell Building, is hidden behind the library and the Mathews County Visitor and Information Center, new customers can have a hard time finding it, said Friends spokesperson Michael Cannon, so something has long been needed to bring people’s attention to it.

“Finally, thanks to the wonderful talents of mother and daughter artists Debbie and Becky LaFrance, we stand out,” he said.

Becky, the daughter, gathered books from her own private collection and spent weeks drawing them in detail, said Cannon. She added such whimsical touches as a raven beside Edgar Allan Poe’s book and a lion on ...