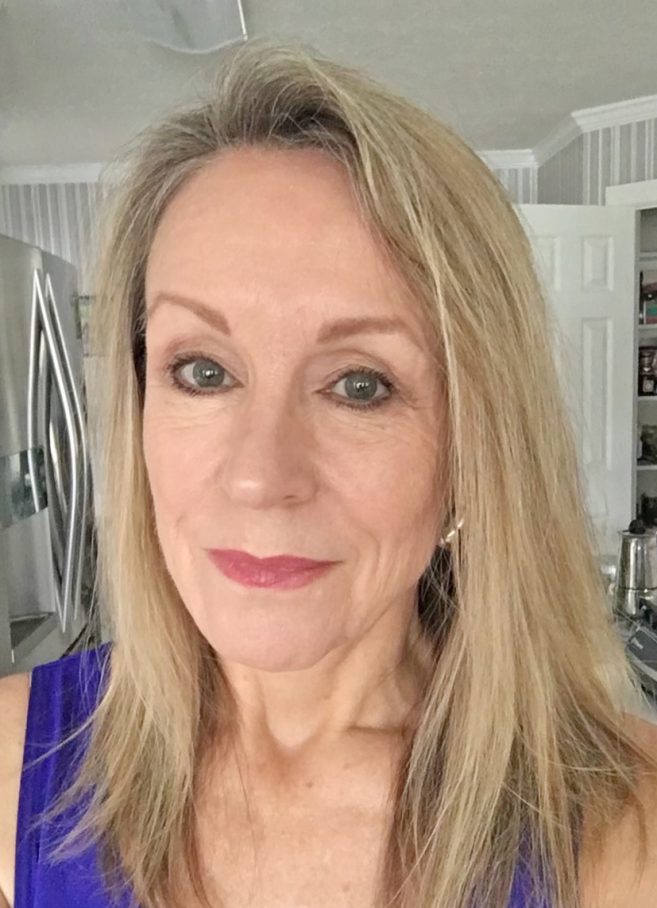 Nancy Jane McBride Hogg, 71, of Yorktown, Va., passed away peacefully Monday night, March 28, 2022, after complications from a brain aneurysm. Nancy was born in Corpus Christi, Texas, on June 21, 1950. Her family moved frequently due to her father’s job in the Army, which took them to Casablanca, Morocco, and to various locations around the U.S., including Fairfield, Cal., Fort Walton Beach, Fla., Gallatin, Tenn., Fort Smith, Ark., and Newport News, Va. She graduated from Denbigh High School in 1968. After graduating, she worked a number of jobs while she paid her own way through college. She graduated in 1979 with a BSBA in Marketing and Management from Christopher Newport College (now University).

In 1979 she met local restaurateur Herman Hogg while trying to sell magazines at his restaurant in order to help fund her college education. After a six-month romance, they were married in 1979. Their son Jason was born in 1980 and their daughter Lesley in 1985. Nancy and Herman ran the former local landmark restaurant, Herman’s Harbor House on Deep Creek Road in Newport News from 1979-1999. It was the site of many engagements, wedding receptions, private parties, and musical performances. In an article from the Daily Press in 2011, “[Nancy] Hogg said on their first day of business in 1979, they were still ironing out the details to comply with the fire marshal. To appease the customers while they were waiting for their food, Herman gave out free alcoholic drinks.

“By the time we got the first dinners to people at 6:30, the whole restaurant stood up and applauded. They were all drunk,” Hogg said, laughing. After closing the Harbor House, Nancy worked as a real estate agent for many years, at Coldwell Banker, Long & Foster, and Exit Realty. Believing in the importance of upholding one’s civic duties, she volunteered for many years in York County during elections, working long hours at polling locations. She briefly worked at Curves in Grafton, which stemmed from her devotion to health and fitness. In her last years, Nancy began working as a Notary Signing Agent and as a Closer with Tanner Law Group. She was planning on opening her own real estate brokerage company.

Nancy had a variety of interests and talents. She was an incredibly talented artist who could exactly render a beautiful image in paint or pencil. She was an avid reader enjoying a range of genres from fiction, including novels like “The Goldfinch” and “Game of Thrones,” to non-fiction focused on health and wellness, space exploration, popular science, and modern politics. She was a skillful gardener and when asked could identify every tree and flower. She loved flowers, particularly orchids and Japanese cherry blossoms. She was a bit of a card shark and loved her weekly gatherings and annual beach trips with her Ladies of the Labyrinth and Poker Girls groups of friends (she was particularly fond of Michigan rummy and poker). Nancy enjoyed all kinds of music, but in particular singers like Jackson Browne and Eric Clapton and bands like Fleetwood Mac and Steely Dan. She particularly loved watching her partner Bill’s band the Wampler Brothers Band perform around the Hampton Roads area.

She was a longtime subscriber to the Virginia Symphony Orchestra. She began by taking her daughter to concerts in middle school and was so proud to see her perform in the VSO this fall and winter. Her favorite piece was Ravel’s Bolero. As a person, Nancy was kind to everyone and was a stranger to no one. If someone was rude to her, she would smile back at them and continue to speak graciously. She could bring forth a connection with everyone in the room, shining her light on each person. She was an animal lover and particularly loved and cared for cats big and small. She loved her friends, she loved her family, and most of all she loved her children and granddaughter, who was born in September of last year. She was so excited to become a grandmother and her family will treasure the time and photos from her short time with Ada.

She was preceded in death by her husband, Walter Herman Hogg; her parents, Harold McBride and Marcella Simpson Griggs McBride; her sisters, Bonnie Patricia McBride Miller and Deborah Jo McBride Day. She is survived by her son, Jason Forrest Hogg (Joanna Ewing), and daughter, Lesley Ruth Tyler Hogg (Morihiko Nakahara); her granddaughter, Ada Astrea Forrest; partner, William “Bill” Wayne Wampler; her sisters, Carol Ann McBride Peterson, Paulette Marie McBride, Maryse Lynn McBride Buck, Julia Elizabeth McBride, and Melissa Kaye McBride Crabtree; her brothers, Harold “Bubba” McBride Jr., Robert “Bobby” Walter McBride, and Michael “Mickey” Gene McBride, and many other family and friends who loved her dearly. In keeping with her generous nature, Nancy in life had vowed to be an organ donor, and in death, she did give this great gift to others. In this way, she will live on, just as she will live forever in her loved ones’ memories. In Nancy’s memory, the family requests contributions be made to WHRO online at https://members.whro.org/, as she was a longtime listener and donor to the local NPR station. A visitation was held on Saturday, April 2, 2022, from 11 a.m.-12:30 p.m. at Hogg Funeral Home in Gloucester Point, Va. Services will be private. Services under the direction of Hogg Funeral Home & Crematory.