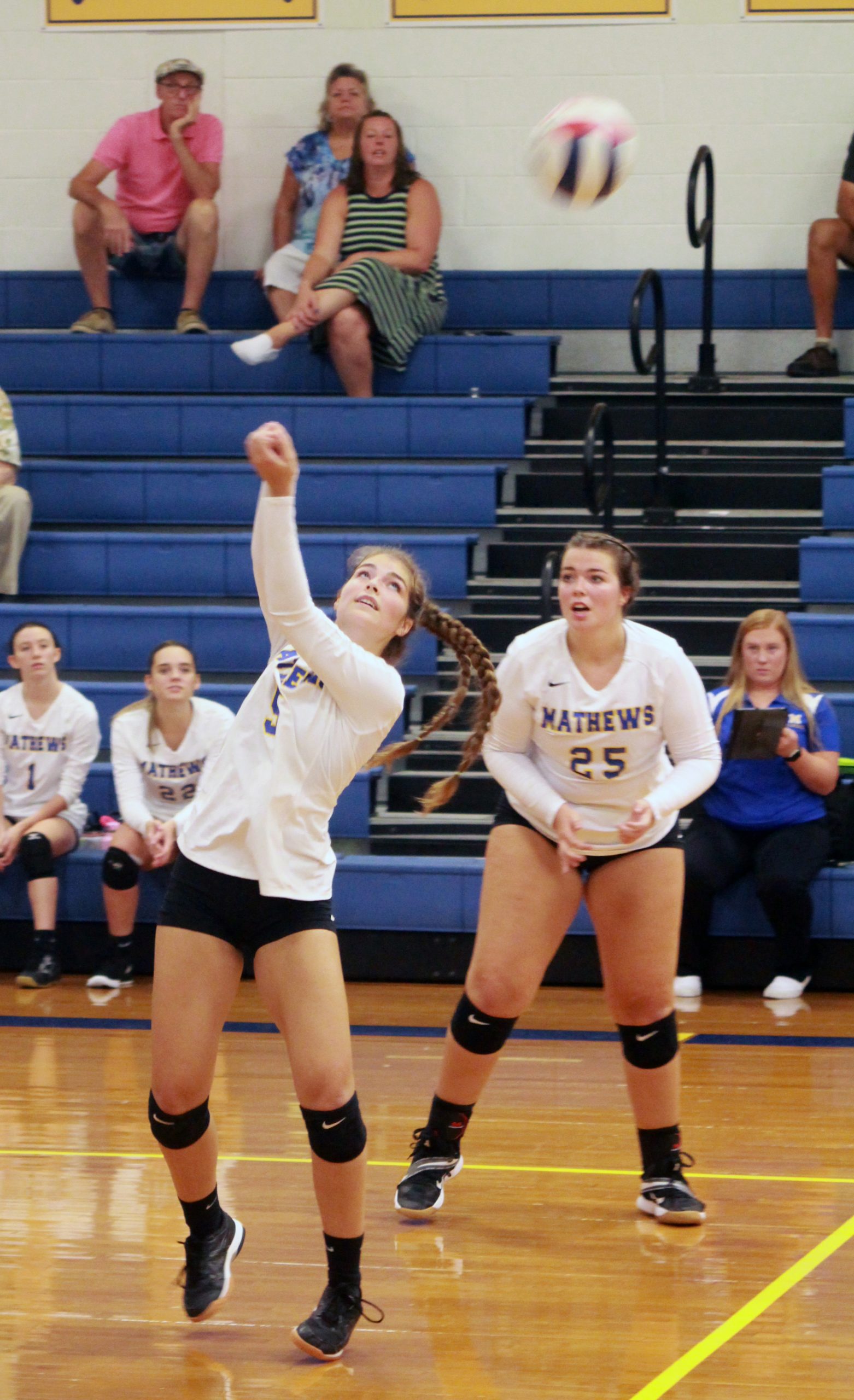 The Mathews High School varsity and JV volleyball teams kicked off their regular season on Tuesday on the road against Northumberland. Results were not available at press time.

With only 12 players on varsity, and an even smaller number (nine) on the JV squad, the ladies are putting in the work. Both teams practice every day on weekdays, with some staying after practices to do extra work.

Coach Pat Moughon has returned to coach the varsity girls, with Sarah Brown as her assistant. Moughon has been coaching the MHS volleyball program since 1999, leading the Devils to state titles in 2011, 2012 and 2017. Brown was a setter on that last state championship team.

Other juniors on the team include Chloe Schaible, Whitney Stewart and Lily Jarosz. Sophomores Kristin Blake and Lindsay Coons a...