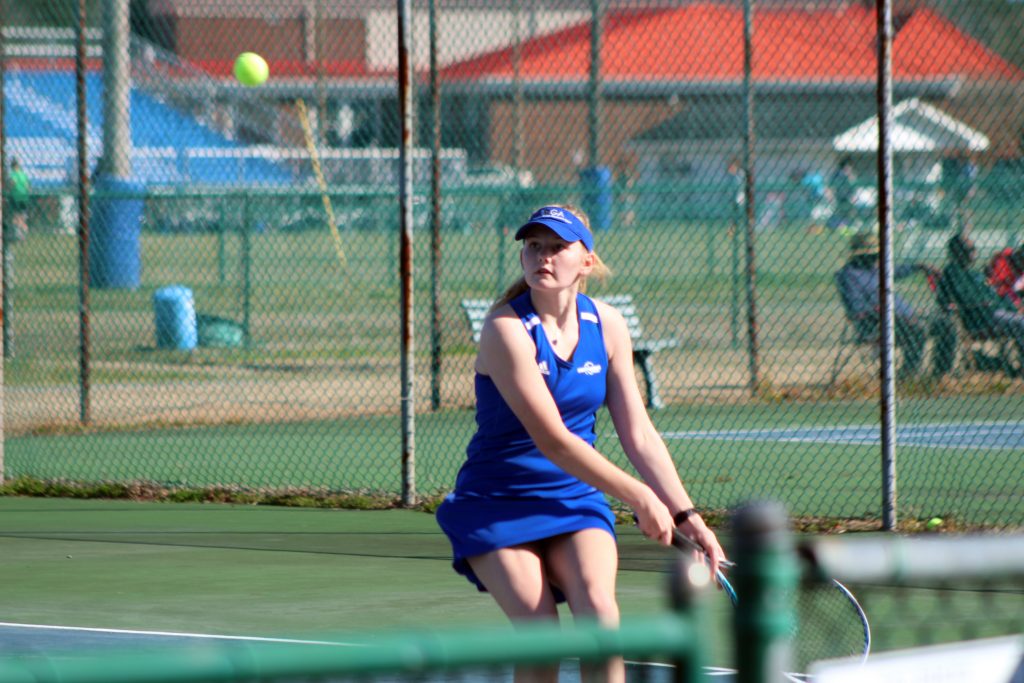 In doubles play, Wood and Fulford suffered the Lady Blue Devils’ only defeat, falling to Hasson and McGee, 5-8. Also in doubles play, Carter and Dixon won, 8-4, and Lowe and Jarosz won, 8-0.

The MHS tennis team was scheduled to face off against Rappahannock yesterday. On Monday, the girls will host Essex, starting at 4 p.m.
...