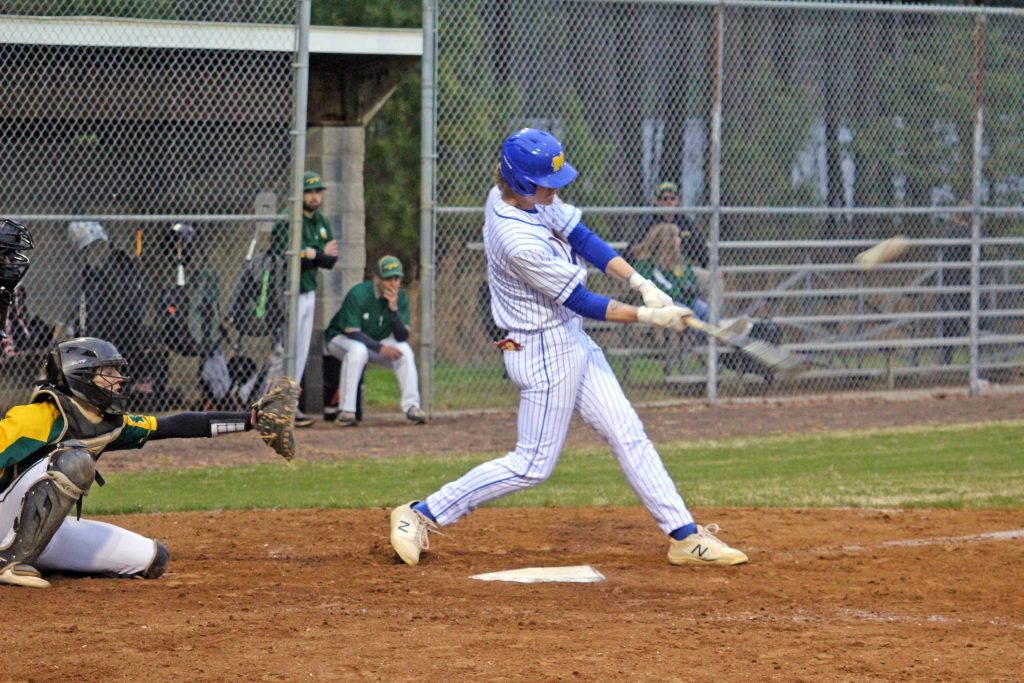 CHARLIE KOENIG / GAZETTE-JOURNAL Will Jackson led off the bottom of the seventh with a hit as Mathews came back from a 4-2 deficit to beat the Northumberland Indians, 5-4.

The Mathews High School varsity baseball and softball teams both won in dramatic fashion in their home openers on Tuesday night, with walk-off hits to seal the wins. Both teams posted 5-4 victories over the visiting Northumberland Indians.

The MHS boys were trailing, 4-2, in the bottom of the seventh. Will Jackson led off with a hit. Timmy Dehoux reached on an error. After Noah Wright flied out, Ethan Hudgins reached on a fielder’s choice. With two outs, Aidan West reached on an error, loading the bases.

Dawson Adams was hit by a pitch, making the score 4-3. Daniel Moughon walked to tie the score and Brady Wright hit a pop-up that the pitcher dropped, scoring the winning run.

CHARLIE KOENIG / GAZETTE-JOURNAL
Devil Emily West was the winning pitcher on Tuesday night against the visiting Northumberland Indians, striking out six in an eight-inning performance. She also hit a double and scored the winning run.

The MHS girls’ game was just as exciting. A...