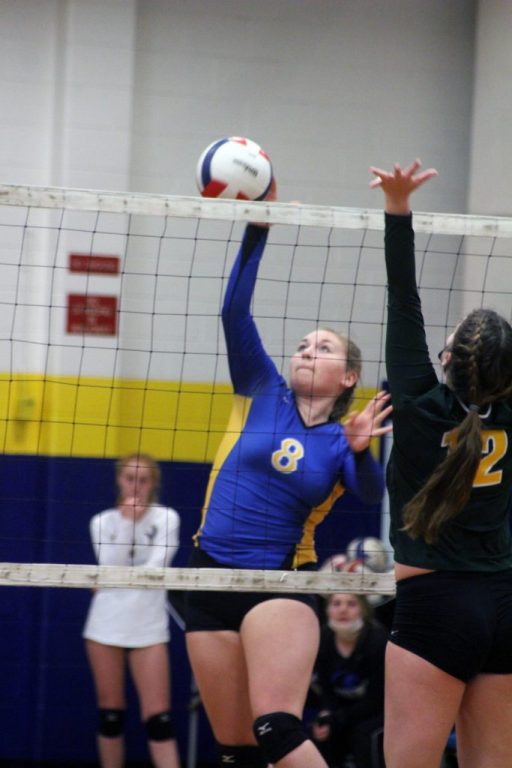 The Mathews High School varsity volleyball team took on a pair of Northern Neck foes in the past week, dropping a 3-0 contest to Rappahannock and shutting out the visiting Northumberland Indians by the same 3-0 score. The MHS girls’ record continues to stay at .500, 5-5 overall.

Last Thursday, the Lady Devils traveled to Richmond County, falling to the Raiders by scores of 25-16, 25-15 and 25-21.Morgan Crittenden led the team in aces with five. Other MHS girls scoring aces included Connie Johnson with two and Joice Small and Grace Bandurco each with one.

Defensively, Johnson, the team’s libero, led with the most digs of five, followed by McCurry with four, Crittende...