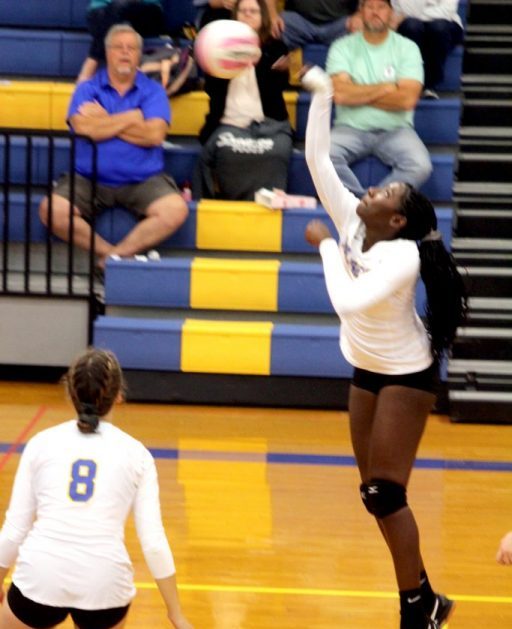 The Mathews High School varsity volleyball season came to an end Tuesday night, as the Devils fell, 1-3, in the opening round of the Tidewater District tournament to the top-seeded King William Cavaliers.

In a roundup of the final weeks of regular season play, the MHS girls fell by straight sets to Middlesex on Oct. 12; lost a 3-1 match to King William on Oct. 18, won a five-set thriller on the road against West Point on Oct. 20 and won the first set but dropped the final three in the Oct. 21 regular-season finale against the visiting King and Queen Tigers.

The JV girls, meanwhile, closed out their season with wins over West Point and King and Queen.

Certainly the highlight of recent play for Mathews was last Wednesday’s match against the Pointers. In an exciting back-and-forth game, Mathews won the first game, 25-23, dropped the second and third games by scores of 14-25 and 21-25, but rallied to win the final two, 25-22 and 17-15, respectively.