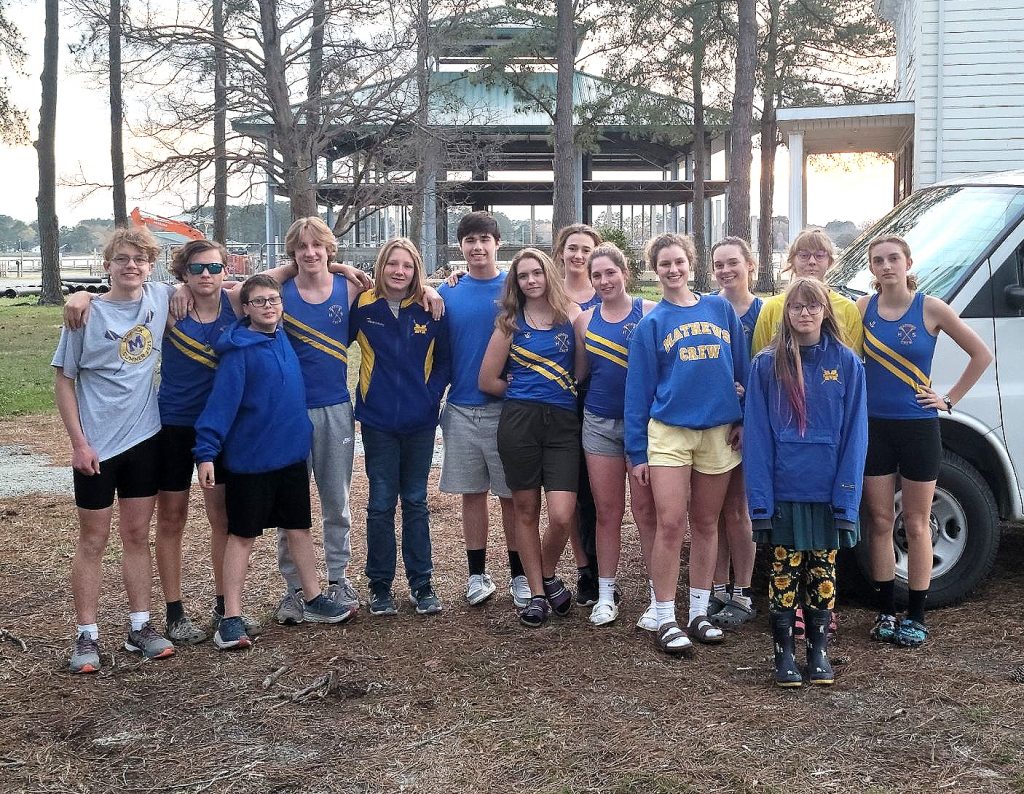 After two years of the Virginia Scholastic Rowing Association forgoing regattas due to the COVID-19 pandemic, the Mathews High School crew returned to Sandy Run Regional Park in Occoquan Saturday to compete in the Walter Mess Regatta.

The men’s varsity four heat for Mathews included Ben Stroud, Jaxon McDonald, Calvin Burton, Cole Wheeler and coxswain Savannah Hartlove, who launched for the second trial heat to determine the final. Although the MHS time was sixth fastest of 10 entries, the team did not advance as its heat had four of the fastest boats with only three to qualify.

The women’s varsity double entry included Lillian Copeland and Mandy Moran against four entries in the double final. In a full course battle, the Mathews duo was edged 1.3 seconds out of a gold finish behind a strong double from Walter Johnson High School.
...