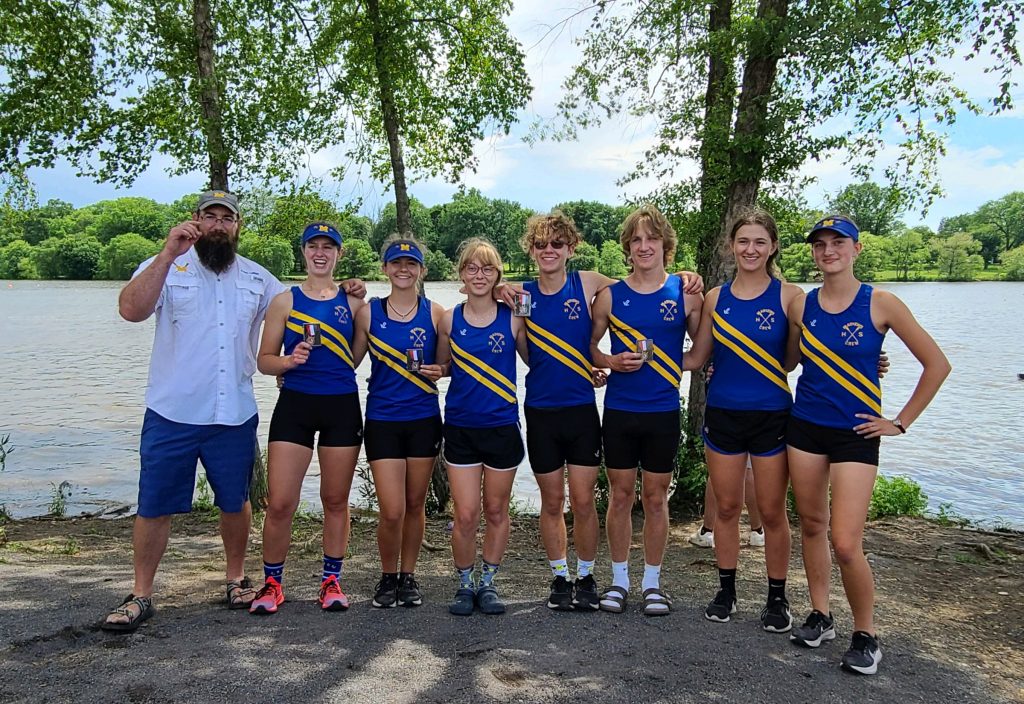 Ben Stroud, 16, and Jaxon McDonald, 15, raced for Mathews in the boys’ junior (under 17) double, placing second in their preliminary heat. In Saturday’s finals, McDonald and Stroud exchanged leads with Western Albemarle, missing the gold by 1.6 seconds with a time of 5:18.7.

Mandy Moran and Lillian Copeland pulled the third fastest time of three heats to advance to the girls’ senior doubles finals. In a very tight finals race, leads were exchanged by the top three contenders with Albemarle taking the gold (5:40.05), Agnes Irwin (Philadelphia) silver (5:42.8), and Mathews came in third (5:44.8).

Mathews rowers Scarlet Johnson and Annalise Morse competed in the girls’ junior doubles, but were unable to advance to the finals....