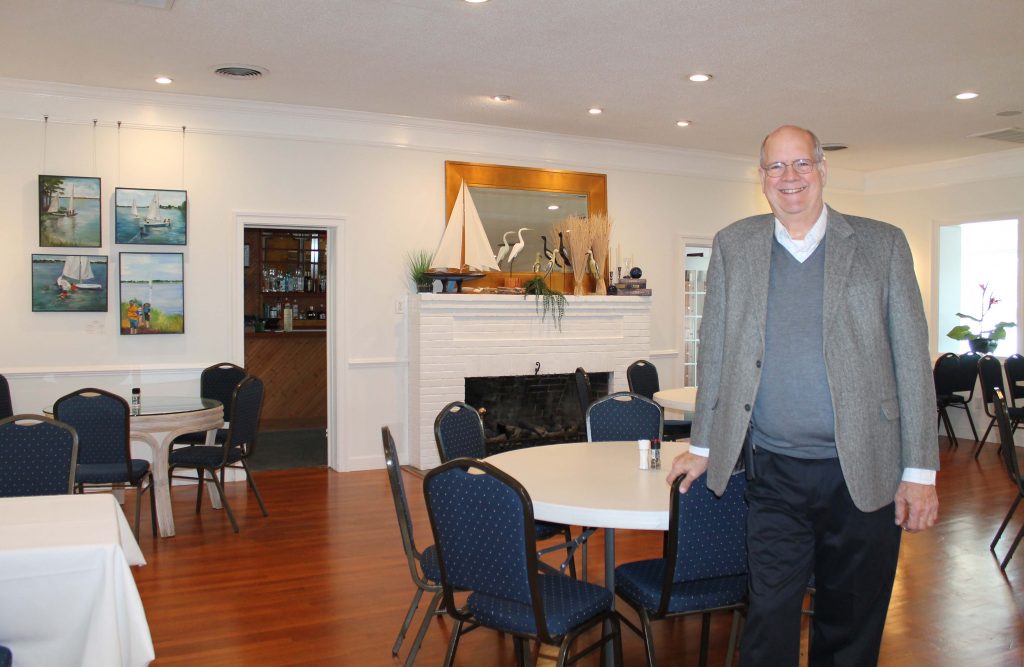 Commodore John Sieg stands in the main dining room of the Mathews Yacht Club, which has reopened for the year.

The Mathews Yacht Club has reopened for the year with a new look, new leadership, and a new plan for action.

The longstanding private club has undergone changes over the past couple of years, said newly-elected Commodore John Sieg, with the front room given a facelift and a new wall of cabinets and decorated with charts and an original Chesapeake Bay-themed mural by Theresa Morgan. It was renamed the Chart Room.

Last year, the rear porch underwent even more extensive changes, with the exterior cinder-block wall covered with sheetrock, all wiring and utilities hidden, and a new ceiling installed. The updated space was renamed the Flag Room and decorated with a variety of images of flags.

This year, said Sieg, 40 volunteers tackled the main dining room, putting in over 2,500 hours to take the renovations even further. The end of the room adjacent to the kitchen was walled off to create a food prep and service area for the kitchen rather than having serving carts pushed along th...