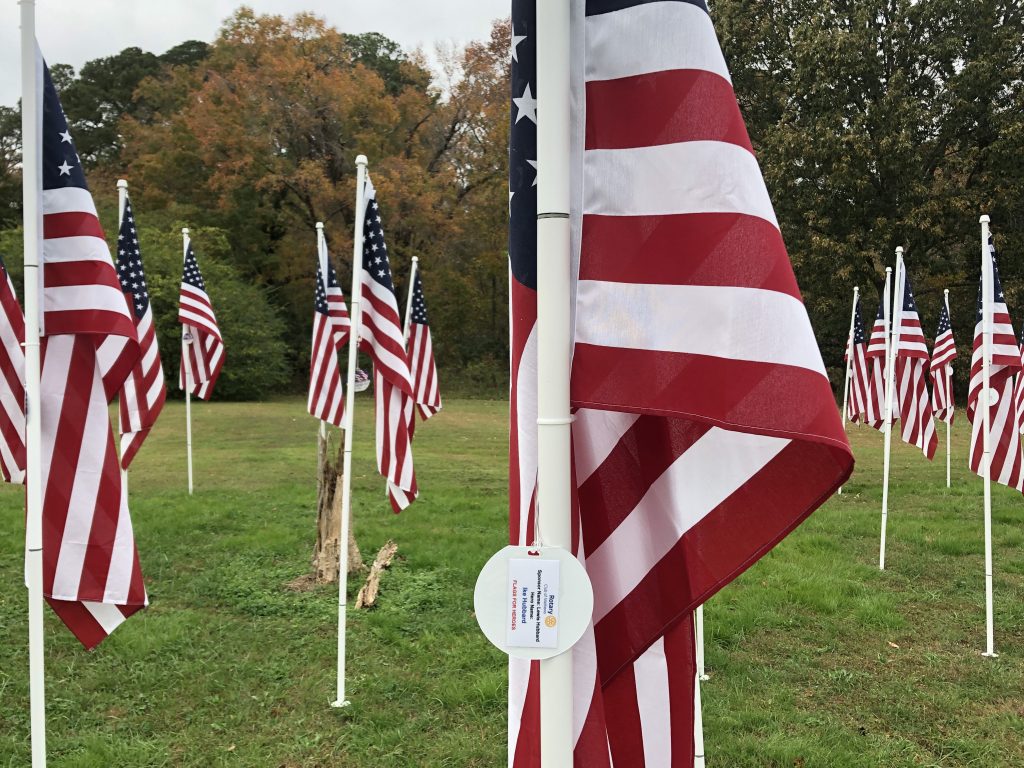 Flags for Heroes will fly on Mathews Main Street again this year, with 200 or more 10-foot-tall flags to be placed as a special tribute to veterans from Memorial Day weekend through July 6.

The Mathews Rotary Club, in partnership with Chesapeake Bank, is once again celebrating local heroes with a visual display of 200 or more of American flags flying from 10-foot masts in an open lot along Main Street.

Flags will be displayed from June 12 through July 6, including Flag Day (June 14) and July 4.

Since Memorial Day is so close to Flag Day and July 4, this year’s “Flags for Heroes” program will include a special tribute to veterans; any flags ordered before May 28 for a veteran will be flown starting on Memorial Day weekend and remain flying through July 6. These flags will have a ribbon attached to denote that flag as a veteran hero.

Anyone can recognize their hero in the display. Each flag will have a medallion that states the names of the hero and the sponsor. The medallion will be the sponsor’s to keep after the event has ended. The names of hero es and their sponsors will be published in the Gazette-Journal.

Mathews Rotary Club has made being a sponsor a “t...