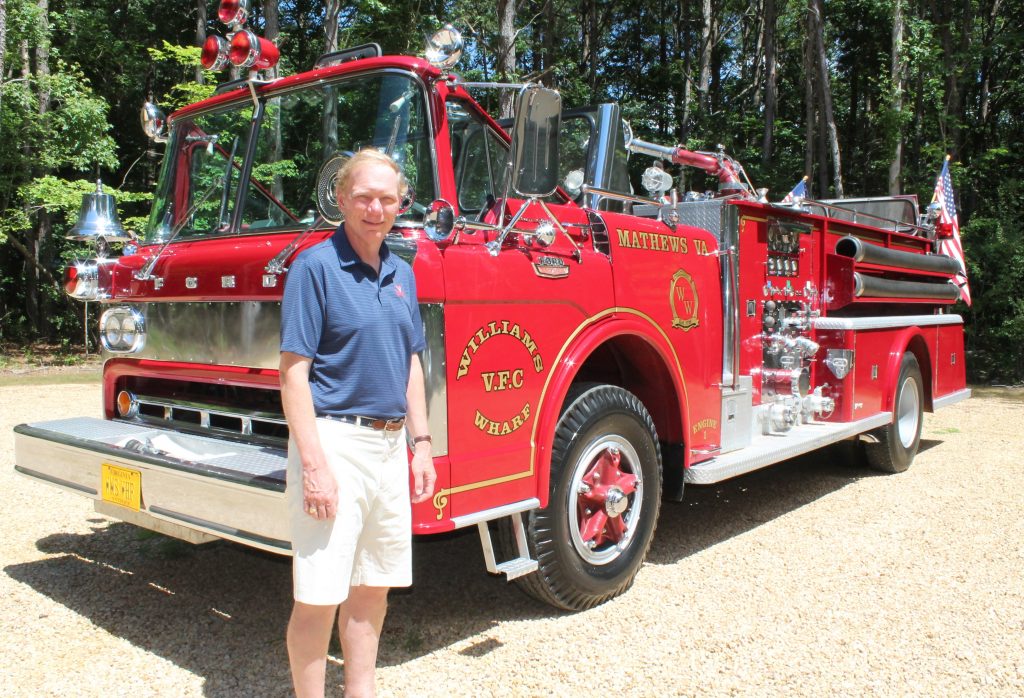 SHERRY HAMILTON / GAZETTE-JOURNAL Joe Reid is having fun with the 1965 open cab pumper he bought on a whim a couple of years ago. He might take it to a parade, or he might just drive some local kids around town.

Joe Reid of Mathews bought a fire truck on a whim a couple of years ago, and he’s been enjoying it ever since.

The 1965 open cab Young pumper, built on a Ford chassis, was one of just seven ever made, said Reid, and one of only three that are still in existence. Built in Buffalo, New York, it has a Ford 534 V-8 engine, a 500-gallon tank, and a 750 gallon per minute pumper. What’s more, everything on it is original, and it all still works except the radio.

Reid said the truck, which was in service at the Navy-Vale Station in Vienna, Virginia, for many years, is fully equipped and ready to fight a fire, with a hose bed full of hose, an extension ladder on the side, and turnout gear for the crew.

A retired Fairfax County firefighter who lived in Madison County, Virginia, was the last of several firefighters in Northern Virginia who owned the truck after it was taken out of service, said Reid. He said he was on a road trip with his son in 2018 when they decided to go see the truc...