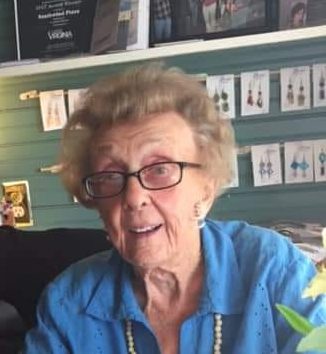 Mathews County native Gloria M. Diggs, who joined the Army Nursing Corps in 1944 and retired as a full colonel after serving as head nurse at Army hospitals around the world, celebrated her 100th birthday this month.

Born June 7, 1922 in Onemo to Bernard and Pattie Diggs, Gloria Diggs finished Mathews High School in 1940 as a member of its first class. She went to nursing school at the Medical College of Virginia and joined the U.S. Army upon graduation. Diggs sailed from California on the hospital ship “Comfort”; three days out, the atomic bomb was dropped in Japan and she was diverted to the Philippines.

Diggs was on a panel discussion of Mathews County World War II veterans in 2019 organized by the Mathews Historical Museum. Her comments and those of other vets can be seen on the website mathewsvamuseum.org.

After her tour in the Pacific ended, she left the Army for private work—briefly—then joined the Army Reserve. The Korean War took her back to active duty and her caree...