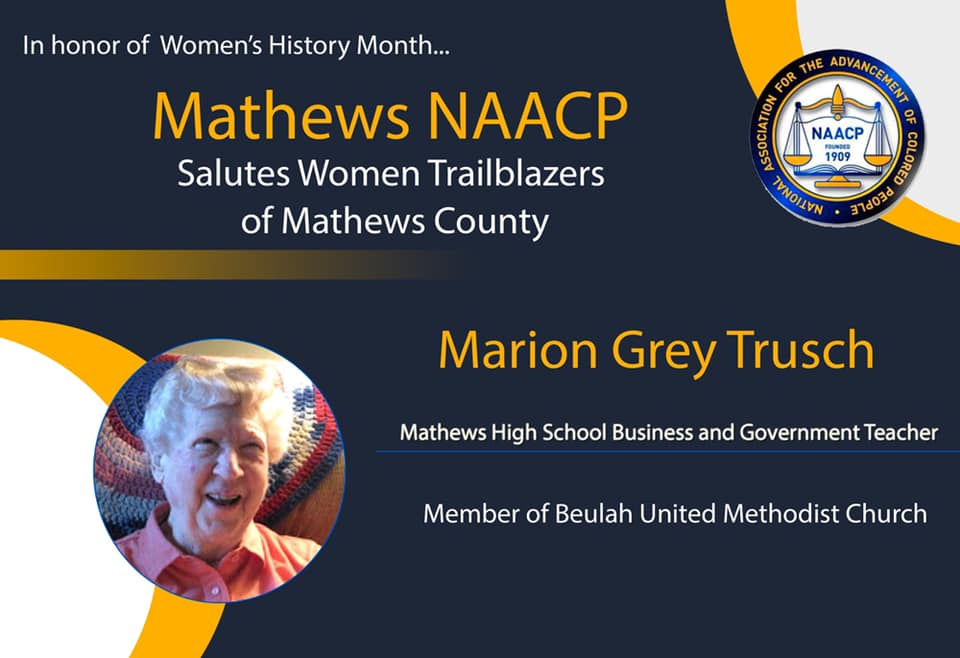 MATHEWS NAACP The late Sallie S. Foster was the first noteworthy Mathews County woman featured this month by the Mathews NAACP on its Facebook page.

The Mathews Branch NAACP is celebrating March as Women’s History Month by recognizing women of Mathews who are accomplished in their fields and in the community.

Each day this month, a different woman is featured on the Mathews NAACP Facebook page. The women chosen to be celebrated this year were suggested by members of the Mathews Branch NAACP. They include women who are still working, those who have retired, and women who are deceased.

The Mathews NAACP Trailblazer for March 1 was the late Sallie S. Foster, who was a principal and teacher at the former Lee-Jackson Elementary School. Marjorie Hayes, noted Mathews artist, was saluted Tuesday, and the late Marion Grey Trusch, longtime teacher at Mathews High School, on Wednesday..

The project was conceived and is led by Yvonne Willis Gaither. Her proposal was approved at the February meeting of the Mathews NAACP membership.