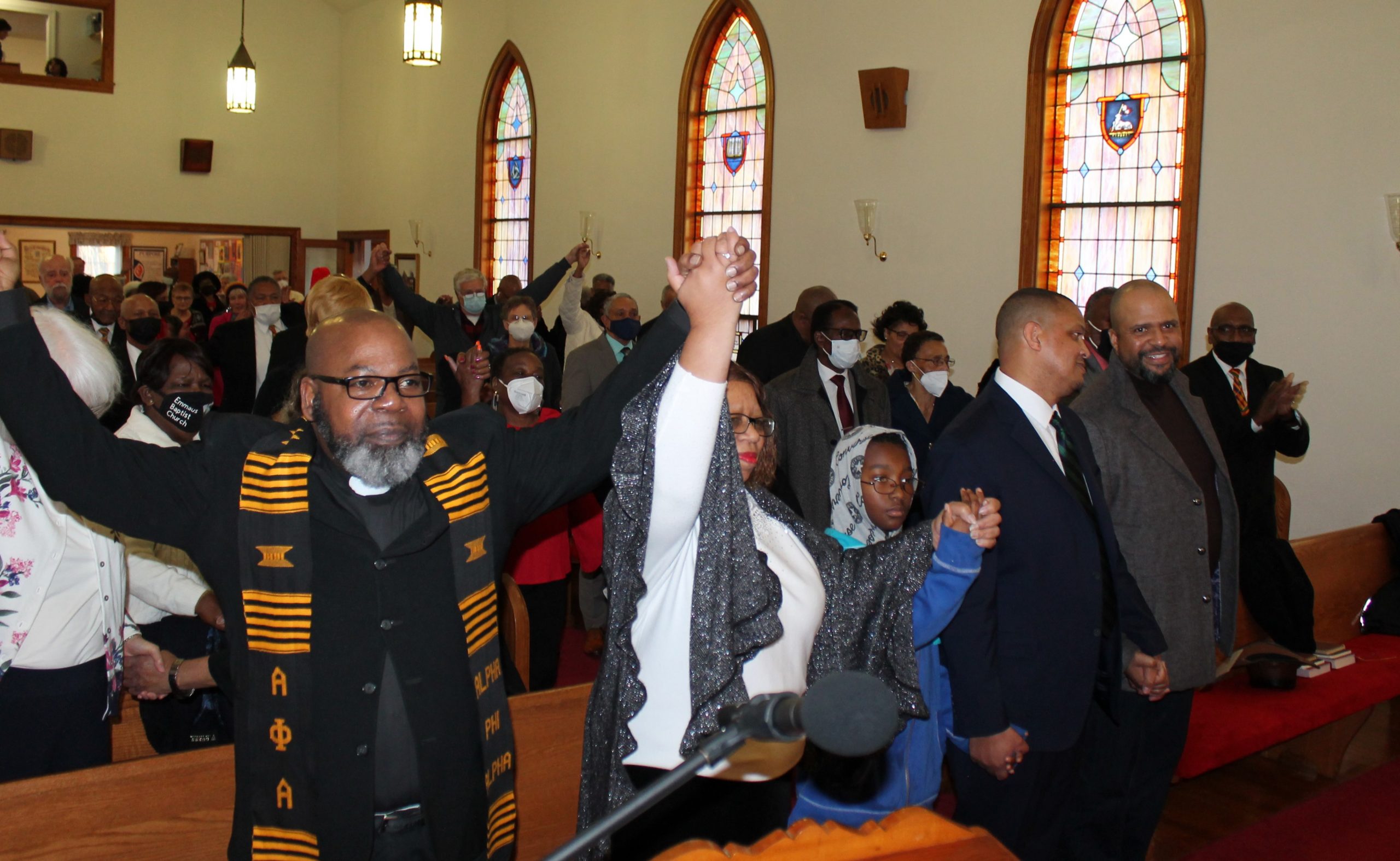 SHERRY HAMILTON / GAZETTE-JOURNAL Those attending the Martin Luther King Jr. ceremony at Mathews Chapel United Methodist Church on Sunday held hands while singing the closing hymn, and raised them in unity at the end.

Stirring music and messages of enlightenment, hope and determination marked the Martin Luther King Jr. Celebration held Sunday at Mathews Chapel United Methodist Church in Cobbs Creek and sponsored by the Mathews Branch of the NAACP.

Dr. Ivan Pierce, chief nursing officer at Riverside Walter Reed Hospital, gave the keynote address, “The Legacy Continues,” often using stories and quotes to illustrate his points. Talking about each person’s divine purpose, Pierce told a story of a blind girl who hated herself because she was blind, but who had a loving boyfriend. She said she would marry only when she could see the world.

Eventually, someone donated eyes, and she had surgery and was finally able to see everything. But when she saw her boyfriend, she saw that he was blind, and she refused to marry him. In a parting letter to her, the boyfriend expressed his anguish over being turned down, and he asked her to take care of his eyes.