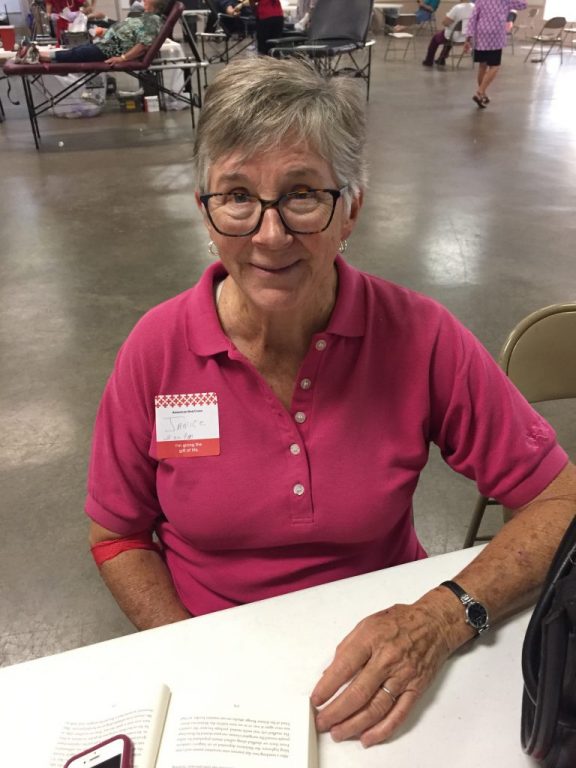 Janice Phillips, long-time donor and former drive coordinator, was one of those taking part in the July 20 American Red Cross blood drive in Mathews.

The Mathews community blood drive, held on July 20 at the Piankatank Ruritan Club building in Hudgins, exceeded its 65-unit goal by a single unit, according to drive coordinator Nan Cross.

A total of 66 potential donors showed up. Three were deferred and two were unable to give a sufficient donation. Five of those taking part in the drive provided double-red donations, making up for those unable to give.

The next Red Cross drive in Mathews will be held on Tuesday, Sept. 14.
...