Maryus Landing gets a makeover 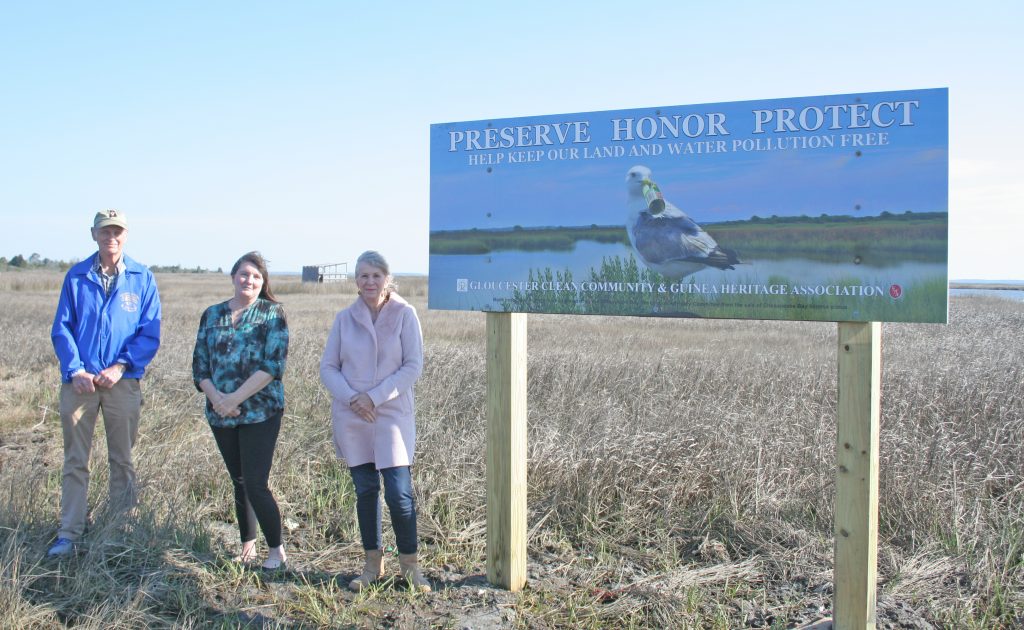 The site was recently cleared of years of illegally dumped debris. An initial large cleanup was accomplished by local volunteers, on Feb. 22. The cleanup including Boy Scout Troop 113 and the Abingdon Ruritan Club members who, under the direction of their environmental committee chair Roger Dick, returned to Maryus Landing for multiple cleanups, even bringing their own large equipment when needed.

The wording of the mural—“Preserve, Honor, and Protect”—is meant to reflect the GHA mission to preserve for public benefit the natural, historical and artistic heritage of Guinea.

According to Leslie Belvin, of the Guinea Heritage Association, said that the collaboration “was a prime ...