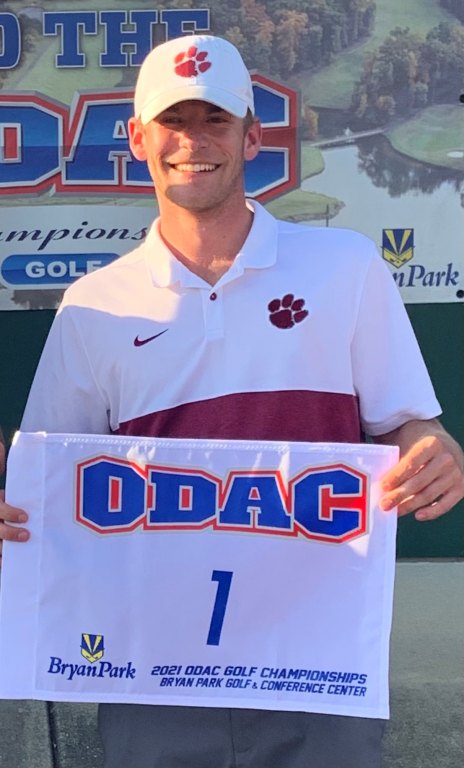 Martin shot a five under 211 for a one-stroke victory and tied the ODAC tournament championship 54-hole record. For the two-day event, Martin had rounds of 73, 69 and 69. He is only the fifth HSC golfer to win ODAC medalist honors and the first since 2003.

During crunch time in the final round, Martin birdied four of the final six holes, including three of the last four, to grab the victory. He had five birdies and 11 pars during his final round of three under par 69. He also led the tournament field with par four scoring (3.83) and birdies with 14.

Martin has battled back injuries throughout his junior year and was questionable for the tournament. “This is an amazing feeling winning the ODAC tournament, but I am p...