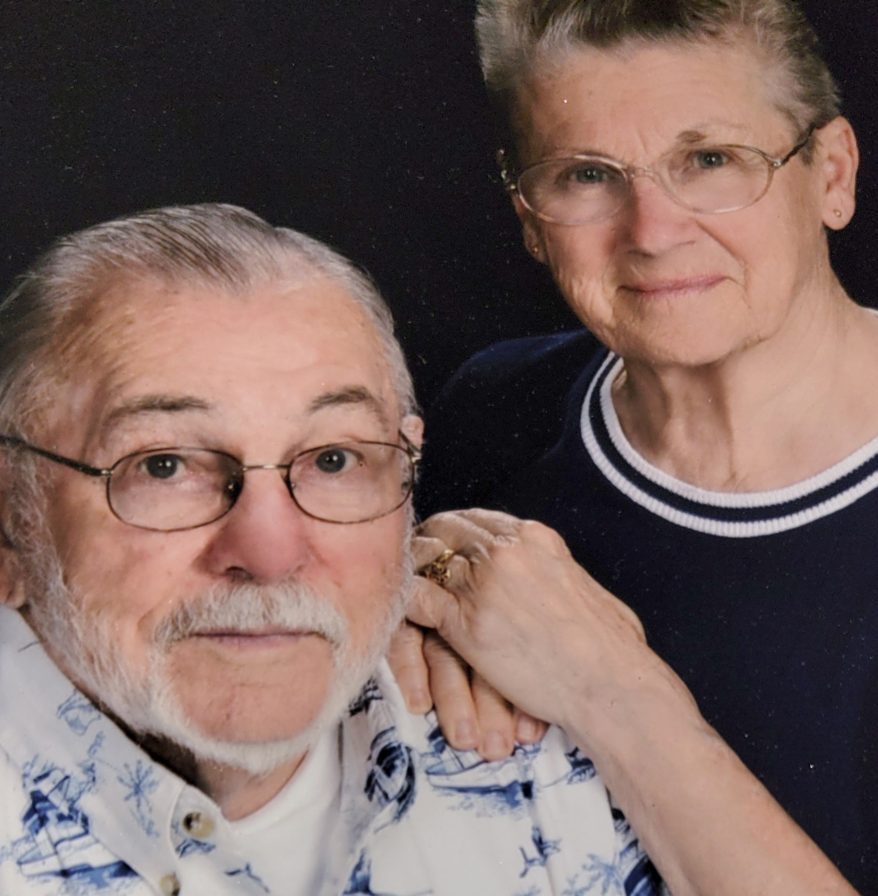 The Mae Montague and Bill Walters celebration of life will be held on Wednesday, June 8, at the Cobbs Shores Community. It will be at 243 Cobbs Shores Drive at 3 p.m. Both pastors from Kingston Parish and Westville Baptist Church will preside over the service. Following the service, the Coast Guard Auxiliary, family, and close friend will assist in the scattering of the ashes. Because Bill was a WWII veteran of the Navy (serving in the Pacific Theater, Iwo Jima, and the Panama Canal), he again served during the Korean War. Bill will be given full military honors. At the conclusion, family and friends are invited to stay for refreshments.

Mae (Vaughan) Montague was a graduate of Newport News High School. She then attended William and Mary. She left college to marry Payne “Monte” Montague. They moved to Pennsylvania for his job. In the 1970s, Mae finally realized her dream, and became a Licensed Practical Nurse, and worked for a family practice in Pennsylvania. Mae loved animals; she was always taking in stray dogs.

Mae’s volunteering included: a member of the Altar Guild in Pennsylvania and here in Mathews, as well as many other opportunities at Kingston Parish, the local dog rescue and humane center, she helped at Mathews Market Days, and Mae delivered for Meals on Wheels. She was that neighbor who showed up at your door with a homemade cake if you were new in the community.

She loved her church and she loved the water; that love came from her father, who worked at Portsmouth Shipyard, and also was an oysterman here. She has family roots going back generations here in Deltaville.

Bill Walters was born and raised in Baltimore. Bill entered the Navy and served aboard a PBM (Patrol Boat Mariner) as the navigator. During WWII, he served in the Pacific Theater, Iwo Jima, as well as the Panama Canal, and again was in during the Korean War. He graduated from Baltimore Polytechnic Institute, where he learned to be a surveyor.
He moved to Richmond where he and his first wife Barbara lived for a short while. In 1958, they moved to Mathews County, where he and his only brother, El, known as “Buck,” started a land survey business. In 1969 Bill was hired by the Virginia Marine Resources Commission. There he would get back in the water and survey the oyster grounds and other marine resources. Bill retired in 1969.

Bill was a longtime member and elder of Westville Baptist Church, a volunteer member of the U.S. Coast Guard Auxiliary (serving over 40 years). He served as a member and officer of the Ruritan Club, a former member of Mathews Volunteer Fire Department, former member and Chairman of the Mathews Safety & Transportation Committee. Other community volunteerism included the humane and dog rescue, Meals on Wheels, and constantly helped anyone and everyone! It was nothing for him to drive friends to the doctor, even if it was in Richmond.

He and Mae loved to travel, they went on the QE 2, over the Atlantic to England, he and Mae traveled to New Jersey, Cape Cod, Martha’s Vineyard, Beaufort, Colorado, Savannah, Charleston, and Florida.

He and Mae found each other late in life, but they made the most of it. Bill too loved the water so much that he and Mae started their boating life with a sailboat, they decided a power boat would be more steady under foot, they then bought one. And, finally a 35-foot trawler that they brought up from Florida and kept in Deltaville. They were also members of the Maritime Museum. They both lived life to the fullest.

They were both preceased by their former spouses. Bill is survived by a niece, Kim, and a nephew Joe. Donations can be made to a charity of your choice.