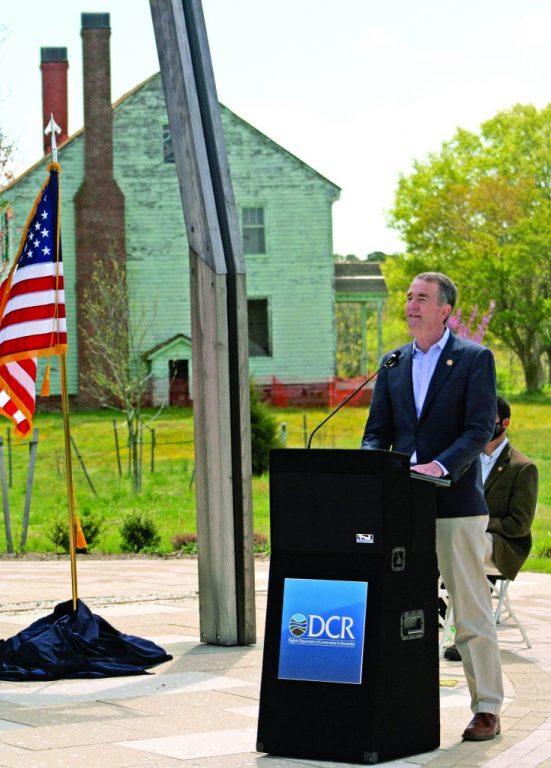 TYLER BASS / GAZETTE-JOURNAL Gov. Ralph Northam gives a speech on the significance of Virginia’s newest state park, Machicomoco during Friday’s dedication ceremony. Machicomoco will be a place for people to come and learn about the history of Virginia’s Native American tribes while enjoying the area’s natural beauty. Here, Northam stands beside the Open-Air Interpretive Area, with Timberneck house in the background.

Machicomoco, formerly Timberneck Farm, has been under development since the groundbreaking took place in March 2018. Following a dedication ceremony featuring speeches from Gov. Ralph Northam, Chickahominy Tribe Chief Steve Adkins and others, the park’s gates were opened to the public.

Machicomoco is the Algonquian word for “special meeting place,” which highlights the park’s intent to be a place where people can gather and learn about the history of the local Native American tribes. The park features an open-air ...