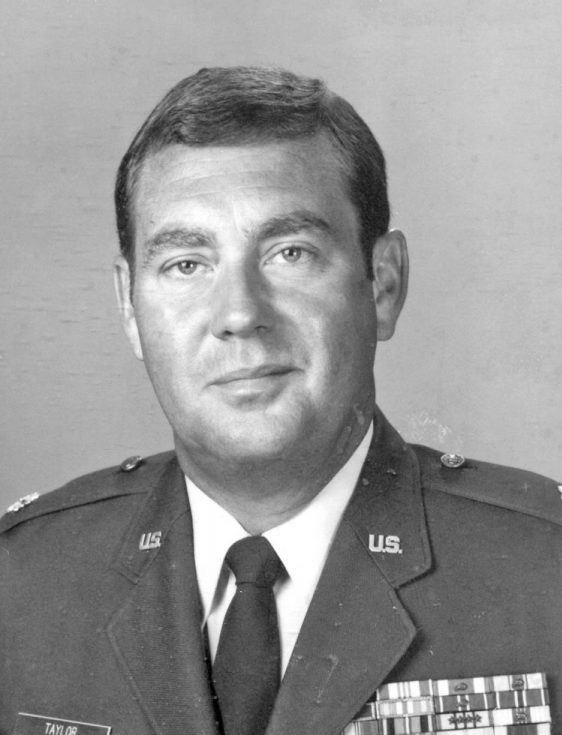 Lt. Col. Thomas “Thom” Taylor, USAF-retired, of Hartfield, received his final transfer papers to heaven to be with God on Jan. 17, 2022 after 43 years of distinguished service to the country he loved. He is survived by his devoted wife and partner of 14 years, Patti Johnson Humphrey Taylor; his only daughter, Amber Taylor, and granddaughter, Cailyn Coward, both of Apache Junction, Ariz., and his beautiful, entertaining, white Akita, “Dagny Taggart.” Thom was born in Miami Beach, Fla., on Sept. 17, 1945, to Janet and Terry Taylor and as a toddler moved to Ft. Lauderdale, Fla., where he met Patti Johnson Humphrey in their Lutheran catechism class when they were both 12 years old. He graduated from Stranahan High School in 1963, and earned degrees from Florida State University (“Go Noles!”) in Tallahassee, Fla., and George Washington University in Washington, D.C. Subsequently, he went to Squadron Officer School, and Air Intelligence Officer Course, 1967, Air Command and Staff College, 1976, Industrial College of Armed Forces, 1976, and to the Air War College, 1988.

He received a distinguished discharge from the U.S. Air Force having served active duty in Vietnam and having received numerous meritorious medals while in continuous active military service from 1967-1990. He also received medals and ribbons for duty in Vietnam, for oversea short-tour and long-tour ribbons, small arms expert marksmanship, foreign decoration, and the Republic of Vietnam Gallantry Cross with Device and Campaign Medal. From 1991 to 2011 he served the Nuclear Proliferation Branch within the Foreign Nuclear Programs Division and he received the Distinguished Career Service Award from the Office of Intelligence and Counterintelligence in the Department of Energy in July of 2011. He was a consultant in National Intelligence for Booz Allen Hamilton before he retired in 2013. He will be buried with honors at Arlington National Cemetery at a date to be announced later.

Thom was a devout Christian and student of the Bible and generously supported the Episcopal and Anglican churches with which he was affiliated. Thom was a black-diamond skier with a particular fondness for Whistler, enjoyed scuba diving all over the world; fascinated with the Corvette, America’s muscle car, and, of course, rock-n-roll. He captained three power boats during his life on the Piankatank River and was “Captain Dude” in his 29-foot SeaRay “Renegade,” named after the Chief Osceola’s Appaloosa horse, the FSU mascot.

Thom Taylor was a valued strategist, advisor, and fundraiser for local conservative candidates in Middlesex County and he financially supported national candidates in whom he believed. Thom was loved by his neighbors and admired by his colleagues and acquaintances; and he was respected greatly by his daughter, his wife, and best friend for 50 years, Tom Malone, for holding to his principles and giving sound advice through the years. Thom enjoyed hosting his regular “beer calls” with his neighbors and friends to discuss politics and religion. Heard often was Thom’s familiar question, “So, what’s your point?” He enjoyed lively debate, even when the participants were in “violent agreement.”

Believing “God is with us,” Thom walked the walk; he did not just talk the talk. God will no doubt welcome Thom with the words, “Well done, my good and faithful servant.