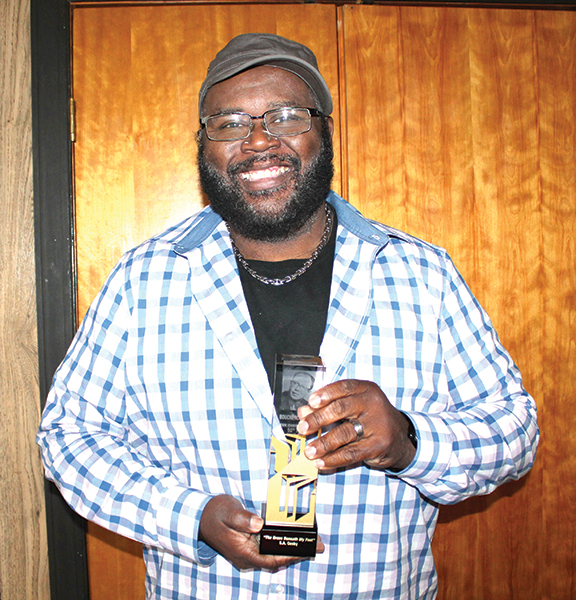 The award was for Cosby’s short story, “The Grass Beneath My Feet,” published last August by TOUGH, an online magazine featuring crime stories. Awards were also made for Best Novel, Best First Novel, Best Paperback Original, and Best Critical/Nonfiction Work. He was one of five finalists for the award, named after early 20th century mystery writer and editor Anthony Boucher.

“I didn’t know I was the winner until I was named during the gala,” said Cosby. “I was in shock. I couldn’t believe it.”

Cosby said the four-day convention was a whirlwind of writer panels, autograph sessions, and other events, and he was able to rub elbows with writers he has admired over the years, including James Patterson and Lee Childs.

The award was the second recent boost in his career. Earlier this year, he signed a contract for a two-book dea...