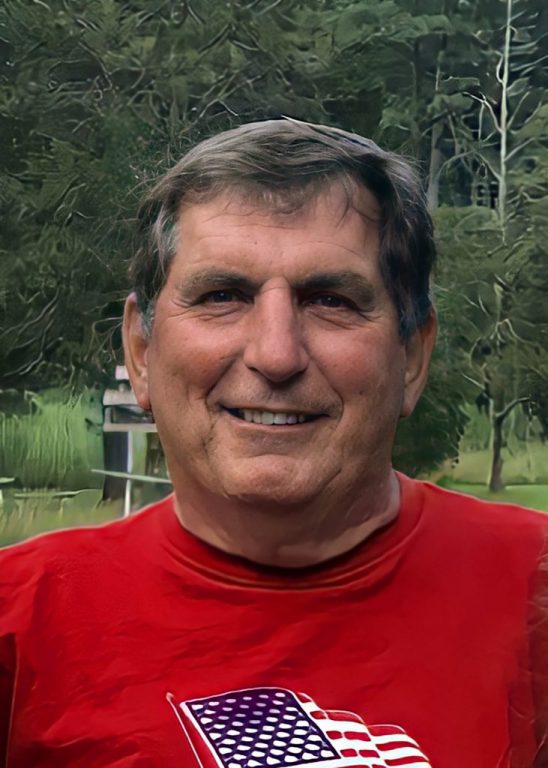 Lloyd Gaylord Wilson of Mathews, died unexpectedly on Saturday May 22, 2021. He was born on March 31, 1948 to Paul and Lethel (Johnson) Wilson and grew up in Danville, Ill. He married the love of his life, Terry (Kobie), and had three children, Brian (Kim) Wilson of S.C., Katie (Chad) Rexrode of Beaverdam and Denise (Dan Mason) Wilson of Fla. He was a very proud grandfather to Charlotte, Clara, Ty, and Luke. June 12th would have been the 50th anniversary of his marriage to Terry, and the family was looking forward to celebrating this milestone together.

Lloyd served as an Airborne Communications Specialist in the U.S. Air Force from 1969-1973. Following his military service, he spent the majority of his career as a Senior Research Technician at NASA/Langley Research Center. He greatly enjoyed his research work, but one of his favorite roles during his three decades there was as a mentor to students of the Virginia Governor’s School program. He eagerly anticipated each new student, and was proud of their growth and accomplishments. Prior to his career at NASA/LRC, he worked as a Senior Nuclear Reactor Control Technician at Newport News Shipbuilding, and as a Monorail Electronics Technician at Busch Gardens. He formed lifelong friendships at both.

A lifelong learner, Lloyd had many interests and hobbies. He enjoyed astronomy and space and was quick to invite any visitor to take a peek through one of his several telescopes. He loved nature and wildlife and took great interest in the many animals that call his yard and creek home. He enjoyed boating, fishing, and being on the water, and instilled this love in all his children and grandchildren. He also loved the mountains and took the family on annual camping trips to Shenandoah National Park, where some of the best memories were made.

Possibly his greatest joy in life was being a grandfather. He constantly scouted for new and interesting toys and gadgets for the next visit from the grandkids. From drones to kayaks to go-carts, Grandfather’s garage was brimming with the most fun stuff for young and old alike. The highlight of many family gatherings was being out in the yard, trying out the newest toy or playing sports. There was an exceptional amount of love and laughter in every trip to Grammy and Grandfather’s house.

Lloyd was a true people person who was always thinking of others. He was quick to lend a hand to any friend or neighbor in need. He was generous with his expertise, skills, and experience. He could strike up a conversation with anyone, anywhere, and made many new friends that way. Lloyd will be greatly missed by all who knew him, but especially by his family who love him dearly.

The family wishes to thank with deepest gratitude those members of the community who rushed to Lloyd’s aid in his time of emergency. They were a bright spot on a devastating day, and their kindness and selflessness will always be remembered.

Lloyd was preceded in death by his parents; his identical twin, Larry; siblings, Stanley, Robert, and Patsy Polick, and in-laws, Alvia McClure, Bill Polick, and Jean Wilson. He is survived by his wife; children; grandchildren; siblings, Jerry (Anne) of Ill., Mike of S.C., Bill (Charity) of Ill., Delores McClure of Ariz., Pauline (Claude) Osborne of Fla., and in-law, Dlorah Wilson.

A memorial service will be held Saturday, June 5 at noon at Church of St. Therese, Gloucester. Arrangements are being handled by Andrews Funeral Home, Gloucester. In lieu of flowers, please consider a memorial donation to St. Jude Children’s Research Hospital.