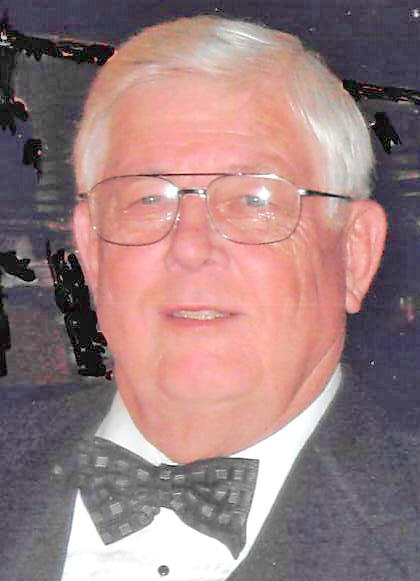 Llewellyn Norton Smith Jr. was an 86-year native of the City of Williamsburg. Born May 15, 1934 to Ruth Griffin Casey and Llewellyn N. Smith Sr., he passed away March 2, 2021. Llew married his high school sweetheart, Janet Scaff, at St. Bede Catholic Church in 1954, and together raised two children who made him very proud. Llew was preceded in death by his parents and his sister, Bea Black. In addition to his wife, he is survived by his son, Michael Smith (Barbara) of Herndon, Va. and daughter, Kathleen Lee (Terry) of Davenport, Iowa, and three grandchildren, Peter Smith and Julie Smith of Herndon, and Keri Beth Schlue (Brady) of Coralville, Iowa; his brother, Thomas Edward Smith; brother-in-law, J. Thomas Black; sister-in-law, Diane Scaff Hedrick, all of Williamsburg, as well as numerous nieces and nephews.

A 1953 graduate of Matthew Whaley High School, he received a B.A. degree from the College of William and Mary in 1959 becoming the first in his family to graduate from college. After joining Peninsula Bank and Trust Company in 1962, he furthered his education in the School of Consumer Banking at the University of Virginia. He remained active in the School of Consumer Banking, serving as Thesis Advisor for many years.

Llew was a “born banker.” Starting in the Consumer Credit Department, he retired in 1996 as Senior Vice President and Retail Market Manager for the Eastern Region, consisting of all Williamsburg and Gloucester branches. He took great pleasure in promoting the advancement of his employees and, in his unassuming way, set standards of integrity, honor, and commitment for his fellow officers and staff.

While he always put his family first, he was a tireless worker for his community. Active in the Williamsburg Jaycees Club, he was awarded Life Membership in the Virginia Jaycees. He was also a member of the Kiwanis Club, Williamsburg Cotillion and German social clubs and Middle Plantation Lunch Club. Llew served as Treasurer and Board Member of the Greater Williamsburg United Fund for many years.

Llew loved to play competitive sports: handball, bowling, tennis, but especially golf. He and Janet loved entertaining family and friends in their home and at their beach cottage in Kitty Hawk, N.C. A family tradition spanning three generations was Christmas breakfast at their home. They also loved to travel, visiting all 50 states, Canada and parts of Europe, and taking ocean cruises to the Caribbean with a group of friends.

The family will receive friends at Bucktrout Funeral Home, Williamsburg, from 3-6 p.m. on Thursday, March 11. A funeral Mass will be held at W&M Catholic Campus Ministry Chapel (original St. Bede) at 520 Richmond Road at 11 a.m. Friday, March 12, followed by burial at Cedar Grove Cemetery. In lieu of flowers, memorial donations may be made to Williamsburg House of Mercy, Heritage Humane Society, or a charity of your choice.