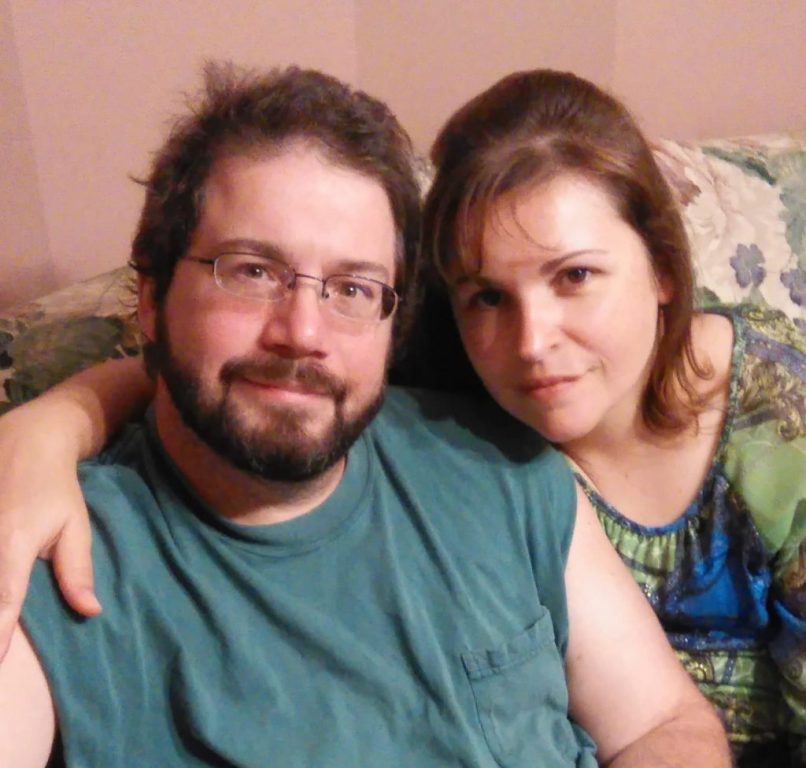 Kristie LaFave is a colon cancer survivor. Now she’s urging other people to listen to their bodies when something does not feel right and to get their colonoscopy. March is Colon Cancer Awareness Month. She is pictured above with her husband Michael.

Kristie LaFave, Food and Nutrition Service Clerk at Riverside Walter Reed Hospital in Gloucester, went to the emergency room last August because she was experiencing a strange pain in her side.

At first, she was hesitant to go because she thought it was a silly reason to go to the emergency room, but her husband urged her to get checked out anyway. She told the doctor that she may have pulled a muscle, but her blood work showed that she was anemic and her CT scan showed that she had a narrowing in her colon.

LaFave was referred to a gastroenterologist who performed a colonoscopy revealing that she had an 80 millimeter mass in her colon which was bleeding. On Sept. 2, she was diagnosed with colon cancer at age 42.

“I didn’t realize the size of the mass until I saw the picture,” she said.

Leading up to her surgery to have the mass and part of her colon removed, LaFave spent a lot of time in prayer, receiving a lot of support at home and at work.

“Everybody was so concerne...