Lawn and garden equipment flying off the shelves 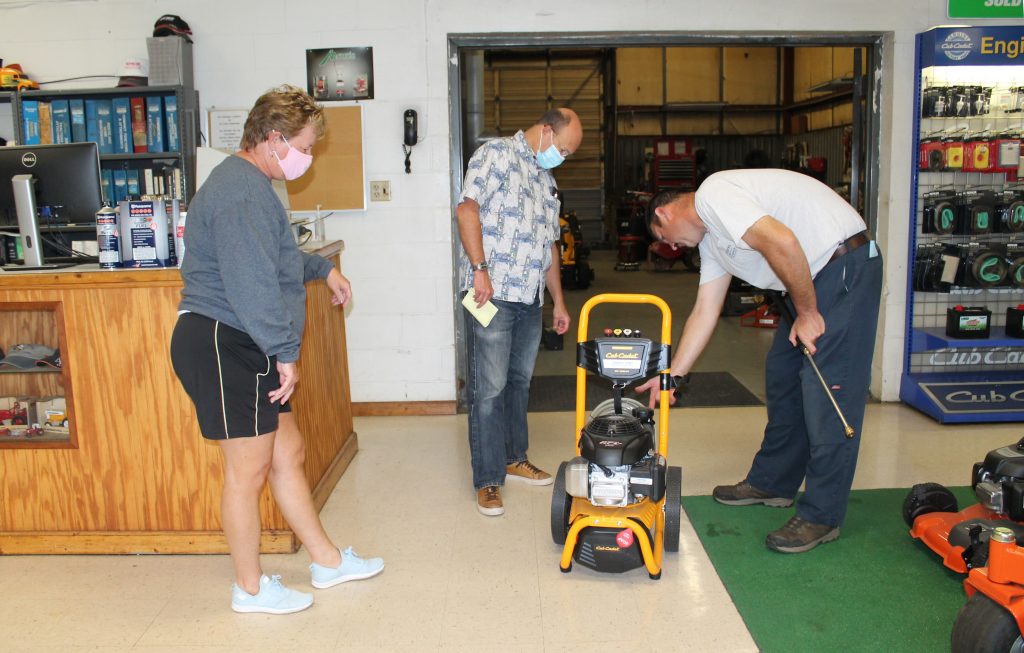 Marymac and John Hoffman, from left, of Redart purchased the last power washer in stock from Blake Hudgins at Mathews Lawn and Garden on Monday. The couple said they planned to power wash crab pots and the siding on their house.

Mathews Lawn and Garden has had one of its best years ever, said owner Ricky Tomlinson, with only five riding mowers and three push mowers left in stock. He usually has 15 or 20 on hand.

“We’ve sold through everything we had,” he said. “We’ve ordered for next spring, and we hope we can get it.”

One item that sold really well this summer was roto-tillers, said Tomlinson.

“Everybody’s at home putting in gardens and stuff,” he said.

While he still has plenty of hand-held equipment such as trimmers available, Tomlinson said that he probably could’ve sold more large pieces, but manufacturers don’t currently have them available. All of the equipment he sells is made in Tennessee, he said, but some of the components are made in China, and there have been no shipments coming in from there.

“One piece that’s not available can shut down a whole assembly line,” he said.

On top of that, factories have to abide by COVID-19 orders that require spacing, which slows down the manufac...