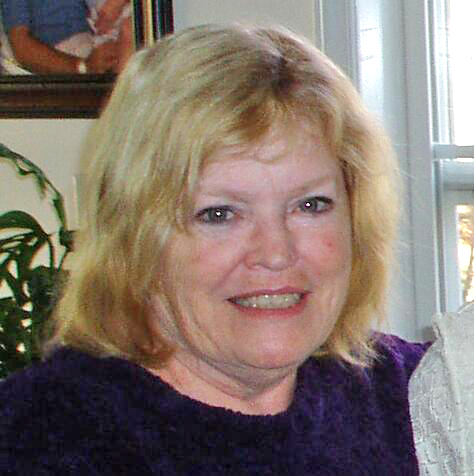 Lana Kirkman Rodgers, 77, passed away on June 1, 2022. Lana was survived by her husband of 57 years, William Rodgers Jr., and her sons, Gregory Scott, and Paul Clifton, and her sisters, Evelyn Deroche and Perry Cheek. Lana grew up in North Carolina and was one of four children.

Lana met her loving husband Buddy while completing an internship as Medical Secretary at Riverside Regional Medical Center. She needed a ride home and learned from boyfriend that Buddy drove right by where she lived. Buddy came by to see if her luggage would fit in his car and then agreed to take her home. He picked her up at the dormitory in his Daytona Blue Corvette Stingray Convertible. They married in 1965. Lana and Buddy have twin boys. The family moved to this area in 1979. Lana stayed at home with her children while they were young. As they grew older, she picked up a few part-time jobs. At times it was because people asked her to help, while other times she worked because she was bored. It was later in life that Lana went to nursing school. Lana graduated magna cum laude from Rappahannock Community College nursing program in 1993. She was a member of Phi Theta Kappa. Prior to nursing school graduation, she went to work for Riverside Walter Reed Hospital for several years as a transcriptionist. Lana worked for 12 years at Gloucester Family Practice doing transcription work. Lana left the hospital to work at Gloucester Orthopedics with Drs. Bryan and Crawford. Lana left the orthopedics practice after 14 years of service to be the RN Supervisor at Riverside Convalescent Center-West Point. Lana came to Riverside Saluda in 1996 to be Clinical Care Coordinator. Since Lana has worked in Saluda, she has held many positions to include Director of Nursing. For many years, Lana, her husband and friends routinely played music to entertain residents on weekends. At times Lana used her musical talent to soothe residents. Did you know Lana played music with Jimmy Dean, the late country artist and owner of Jimmy Dean sausage? Lana has also worn the hat of pet therapist, bringing in many animals to share with residents. You may think of the many kittens, but do you remember the pet rabbits? Lana has hauled out thousands of aluminum cans and hundreds of old newspapers for recycling. She used the recycling money to pay for cats to be spayed/neutered. How many staff do you think over the years have adopted a cat from Lana? Lana was also an artist who enjoyed doing painting. She was a true asset and her intuitional knowledge will be irreplaceable.