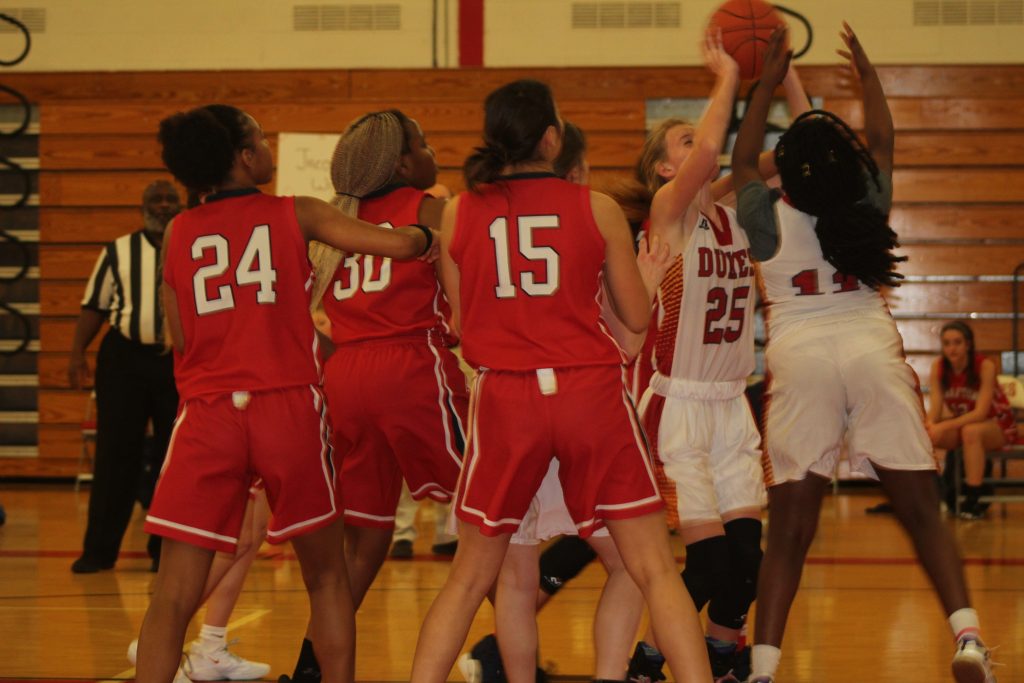 The Gloucester High School girls’ varsity basketball team suffered a pair of tough losses this past week on its home court.

The Lady Dukes were bested by Grafton High School, 89-24, on Friday.

In the first half, the Lady Dukes scored only three points, Sydney Taylor with two points and Amari Marsh with one free throw shot. The score at halftime was 47-3 with the Lady Clippers leading.

The Lady Dukes began to recover a bit in the second half, scoring a total of 21 points, but it was not enough to beat Grafton. Top scorers for Gloucester included Ke’La Billups and Marlo Jenkins with seven points each and Cody Brown with six points. Other scorers included Taylor with three points and Marsh with one point.

In a close game against York High School, the Lady Dukes fell to the Lady Falcons, 49-42, Monday.

The two teams were neck-in-neck the whole game. Gloucester was leading at halftime, 27-21. The Lady Dukes could not keep up with the Lady Falcons in the second half o...