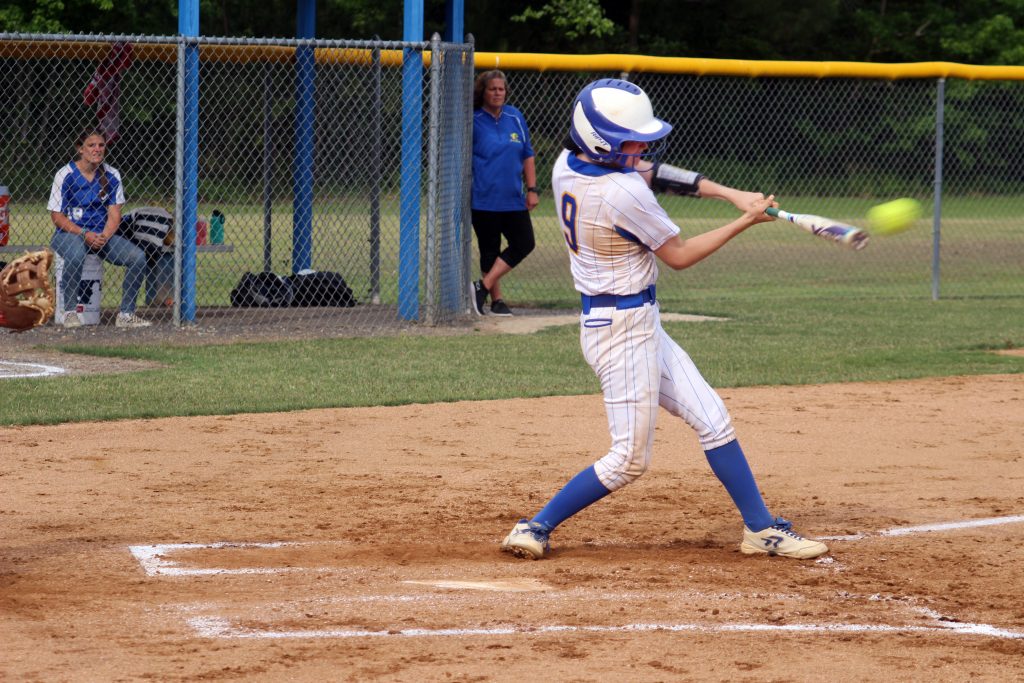 Morgan Crittenden had a breakthrough day at the plate on Tuesday, collecting three hits as the Lady Devils defeated the visiting Surry Cougars, 18-1. Crittenden was also the winning pitcher last Thursday against Middlesex.

As the season winds to a close, the Mathews High School softball team is hitting its stride, posting a pair of impressive victories over Middlesex and Surry.

Last Thursday, the Lady Devils beat the Chargers on the road, 11-6. On Tuesday, the MHS girls exploded offensively against the Cougars, winning 18-1.

According to head coach “JJ” Ashberry, Small and Hudgins both hit balls that would have easily gone over the fence in Mathews, but the field is 220’-225’ feet in Middlesex, so both ended up with triples.