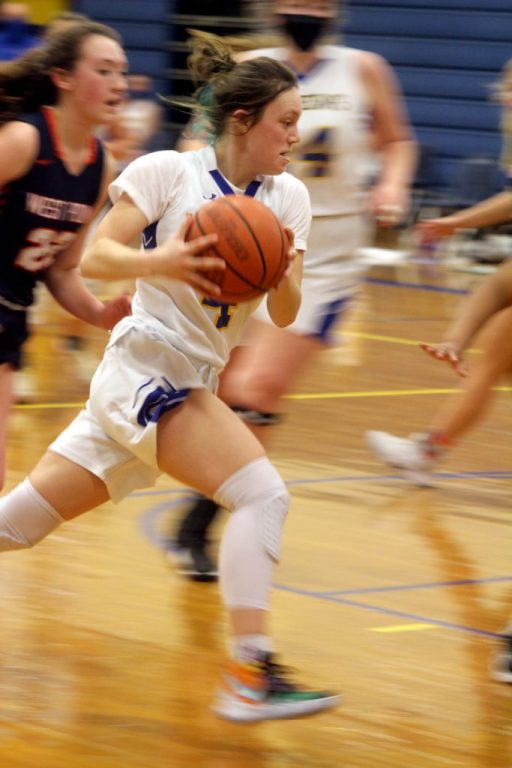 “It was a great team effort by everyone,” MHS head coach C.K. Ambrose said. “I’m extremely proud of the way they responded after a tough game the night before. That says a lot about this group.”

Stacie Thomas led the scoring for Mathews, with 12 points. She also added five rebounds and three steals. Abbie Hudgins contributed nine points, with seven of those coming in the final quarter, including the go-ahead basket. She also pulled down seven rebounds and made two blocks.

Connie Johnson had seven rebounds and five steals to go along with her four points and Joice Small finished the night with seven points, eight rebounds, and two blocks. She also hit two big free throws at the end of the game to seal the victory.

Marlo Jenkins was the top scorer for Gloucester, ending the night with 14 points. Cody...