L.T. Wells: Reminiscing about a lifetime’s worth of volunteering 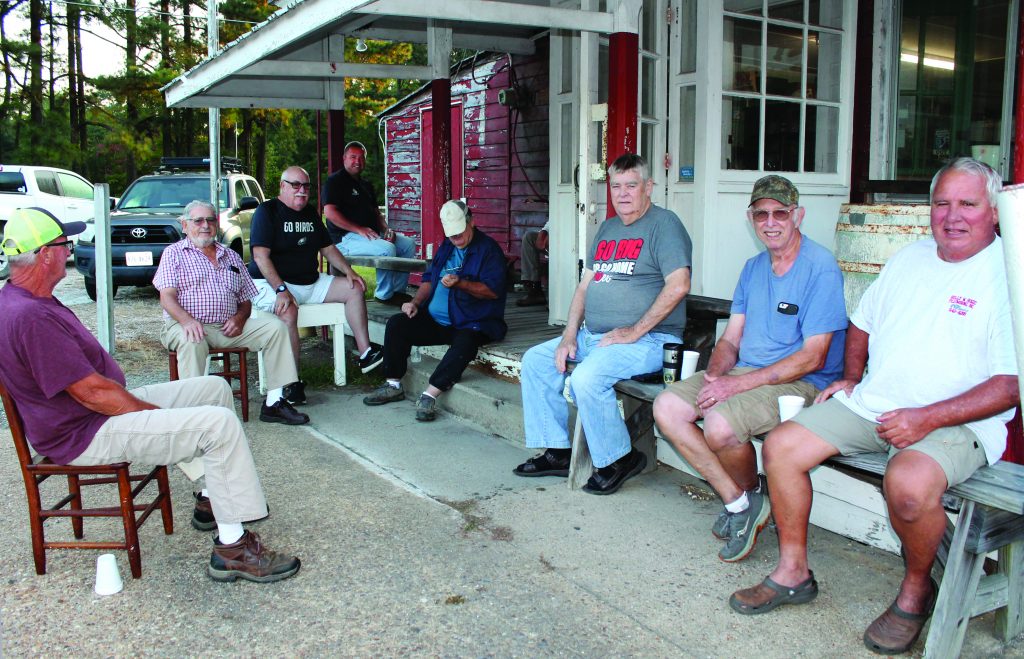 L.T. Wells, second from left, has been meeting with “The Bena 14” every morning for coffee since 2005, when they organized to oversee the C.B. Rowe Museum after the death of the former store’s owner, Buck Rowe. Some members of the group have passed away, some have moved away, and some don’t show up every day, but the meetings still go on. Shown on Wednesday morning, clockwise from left, are Raymond Jenkins, Wells, Eric Johansen, Damon Gross, John Spruill, Herbert Edwards, Rupert Thomas and Billy Hogge.

When L.T. Wells moved to Hayes in 1961, one of the first things he did was help organize a chapter of the Jaycees, a service organization. But he didn’t stop there.

The Newport News native went on to serve in other volunteer organizations and to organize other efforts to help the community, and after nearly 60 years, he’s still going strong.

At the now-defunct Bena Yacht Club, Wells was commodore and entertainment chair, and then he went on to join the Abingdon Ruritan Club. But before he could get too busy there, he became a member of the Abingdon Volunteer Rescue Squad, which consumed all of his time for a while.

L.T. Wells of Bena has volunteered for various Gloucester organizations since he moved to Bena in 1961. His home office, walls covered with plaques and certificates honoring him, bears evidence of the community’s appreciation of his efforts.

Wells helped the fledgling organization raise money for a building and an ambulance, going door-to-door with other members...