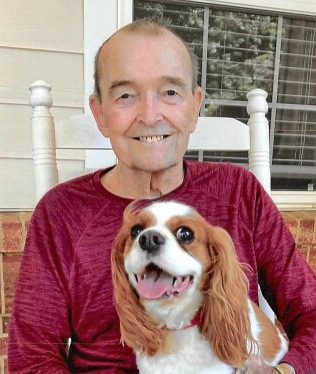 Born on Nov. 18, 1938, in Gloucester, Va., Ken was the son of the late John William Deal and Annie Pearl Belvin Deal.
After graduation from Gloucester High School in 1956, he served in the U.S. Navy. Ken specialized in electronics during his time in the Navy. His time was spent on the carrier Intrepid, and he had the distinct honor of being on the maiden voyage of the Enterprise, the newest nuclear carrier of that day.

Ken began his career with Sears & Roebuck as an appliance repair technician. He was the top salesman on his first day, having sold a 10-year warranty on his first home repair. He was promoted rapidly and had 30 successful years in the field of customer service, holding positions across the country. By the time he retired, he had risen to the position of National Director of Parts and Service during the peak of Sears’ influence as a national retail chain.

Ken was extremely gifted at repairing anything that was broken. He loved working in his home shop and proving that anything could be fixed without spending any money. He loved boating, fishing, and traveling with his wife Barbara in their motorcoach, making new friends along the way. He loved listening to all kinds of music and playing his guitar, with John Denver and Johnny Cash being among his favorites.

In addition to his parents, he was also preceded in death by his wife of 60 years, Barbara Ann Simmonds Deal, and siblings, John William Deal Jr., George W. Deal, Roselle Clough, Frances Rothenbush, and Reuben Deal.

A private service will be held at a later date.

In lieu of flowers, memorials can be made to Alzheimer’s Association, Alzheimer’s Disease & Dementia Help.