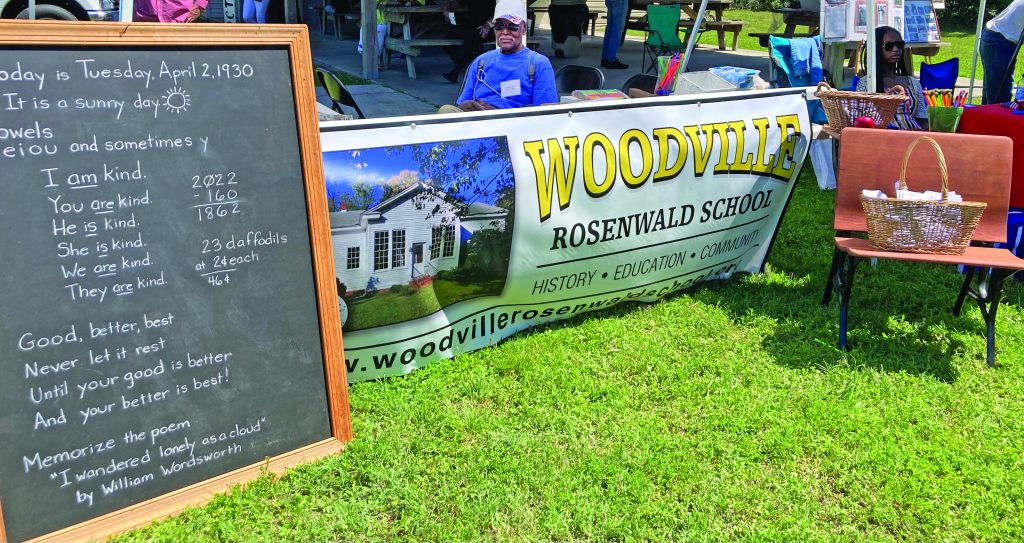 RUBY WILLIAMS / GAZETTE-JOURNAL The Woodville Rosenwald School Foundation had a display set up as part of Sunday’s Juneteenth celebration at The First United Baptist Church. Dr. Wesley Wilson, the foundation’s president and executive director, can be seen sitting behind the banner.

In spite of concerns prompted by a troubling post on social media days before the event, Sunday afternoon’s Juneteenth celebration in Gloucester went ahead, with a change in venue, as people gathered at The First United Baptist Church at White Marsh for this year’s “Celebration of Freedom, Family, Faith and Future.”

Juneteenth commemorates June 19, 1865, the day that enslaved people in Galveston, Texas, learned that they were, in fact, free. The following year, freed slaves had their first celebration of what is now known as Juneteenth, and it has been celebrated ever since. Juneteenth was recognized both a state and federal holiday in 2021.