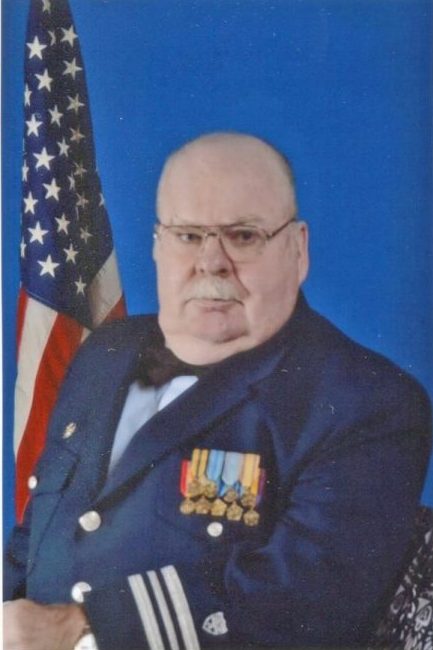 Following a long fight with COPD, Joseph J. Safranek Jr., 69, finally lost the battle on March 31, 2021 at his home in Gloucester, Va. He was born on June 27, 1951 in Philadelphia, Pa., to Joseph J. Safranek Sr. and Rita (Poserina) Safranek. He was preceded in death by his parents and a brother-in-law, Robert (Bob) Cummins. He is survived by his wife of 45+ years, Joy (McBride) Safranek; his daughter, Stephanie Bennett (Chris); his son, Daniel Safranek (Tara Lane); his granddaughter, Elizabeth Barton (Andrew); his grandson, Tyler Safranek, and his great-grandson, Atticus Barton. He is also survived by his sisters, Barbara Cummins, Roseanne Dajnowski (Michael), and his brother, Robert (Bobby) Safranek (Toni), and numerous nieces and nephews.

His life was dedicated to serving his country and his community. After a couple of years in college, he joined the United States Air Force. After leaving the service, he worked several jobs, all of which were public service oriented. He was a certified EMT-Cardiac Tech working with a private ambulance service and Gloucester Volunteer Fire/Rescue for many years. He then became employed at Kingsmill in Williamsburg and attended the police academy. His next adventure was as a police officer/firefighter at Newport News-Williamsburg International Airport (Patrick Henry Airport). After his medical issues surfaced, he decided to stay at home and just be Grandpa for a while. During this time, he renewed his interest in Amateur radio; ultimately earning the highest level of license as an Amateur Extra Class and became known as K4JJS. Continuing his life as a public servant, he joined the Middle Peninsula Amateur Radio Club (MPARC) and worked with the Amateur Radio Emergency Service (ARES) helping in many ways during public service events and a mixture of emergency operations. A proud moment for him was when both of his grandchildren became licensed General Class radio operators. He was also a founding member of the Gloucester CERT organization. Always trying to stay busy, he found a new calling with the United States Coast Guard Auxiliary. He served in a variety of elected and appointed offices at the Flotilla, Division, District and National levels. One of his proudest accomplishments was serving as a Watchstander at Station Milford Haven where he manned the communications system for more than 10,000 volunteer hours and helped in training new Coast Guard members as they arrived at the station. He often said he felt like a “grandfather” to most of the Coasties who came to the station and the communications room was often referred to as “Joe’s office.” They honored him with a celebration for his hours spent and even gave him a handmade desk nameplate for “his office.” His love of helping others was strengthened when his granddaughter made the decision to follow him and joined the auxiliary as well. In total, he volunteered more than 36,000 hours during his 13 years with the auxiliary. He will be missed by many.

The family will receive friends at the funeral home on Thursday, April 8, 2021, from 6:30-8 p.m. A private graveside service will be held on Friday. Andrews Funeral Home & Crematory is in charge of arrangements.