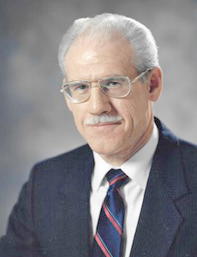 Jon was then raised in Sidney, Nebraska, with his sisters, Roberta (Larson of Gurley, Nebraska), Judy (Pittam of Sidney, Nebraska) and Linda (Epperson of Colorado City, Texas; husband Jerold). He spent summers on his beloved Grampa John’s sheep, cattle and horse ranch helping with chores and breaking horses. Jon was a football, basketball, and track and field athlete at Sidney High School where he graduated with honors in 1956. He attended the University of Wyoming on a pole-vaulting scholarship and graduated with a B.S. in Mechanical Engineering in 1960. Jon married Merry Wyatt and raised their children, Teri V. Arvik (husband Darrell), Jon H. Van Cleave (wife Donna), Shari V. Scudder (husband Jay) in Nebraska, California, Texas and Virginia. He is also survived by his grandsons, Gary M. and Sam R. Arvik, and many nieces and nephews. He was predeceased by his parents; his brothers-in-law, Dennis Larson and Derald Pittam; his stepson, Trygve T. Matsuda, and his granddaughter, Clara E. Forrest.

Jon began his 30-year career at NASA in June 1964 as an engineer working on the Scout Missile Project assigned to Vandenberg Air Force Base, California. He became head of Langley’s Resident Engineering Management Office at Dallas, Texas, in June 1968, head of the Scout Project Reliability and Quality Control Office at Langley, Virginia, in April 1974 and deputy manager of the Scout Project Office from June 1980 until he was named manager in January 1988. He retired in 1994. Jon received numerous awards during his time at NASA including the Outstanding Leadership Medal in 1991 “for outstanding leadership of the Scout Program during a period of extreme program volatility and transition.”
Jon was an engineer at heart. At home, he repaired cars, appliances and lawn mowers; he built fences, play structures and a chicken coop; he installed air conditioners, windows and sidewalks; he maintained decks, boats and landscapes. In his free time, he ran trails, roads and beaches. Jon also enjoyed golfing, boating and traveling. There were family vacations to Nebraska and Iowa, Disney World Florida, the Outer Banks of North Carolina and many national parks. There were also wonderful sojourns with Mary to California, The Dakotas, Montana, Hawaii, Canada, Norway, and Mediterranean and Caribbean cruises.