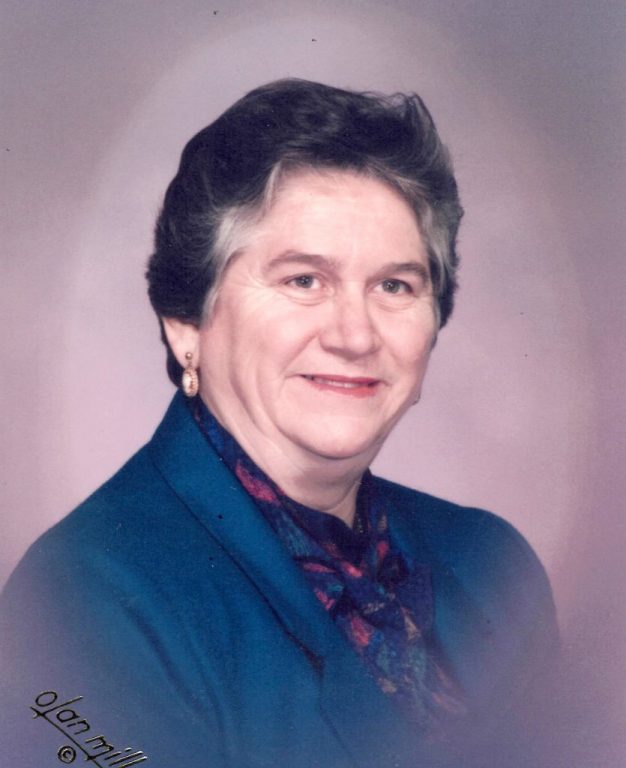 Joice Billups Smith Davis, 89, of Mathews, Virginia, passed away on Monday, June 27, 2022. She was born on Aug. 12, 1932 at Old Field Point, Fitchetts, Virginia, to the late L. Seabrook Smith and Ruth Elizabeth Murden Smith. She was preceded in death by seven sisters, Katherine Franklin Smith Traylor, Jessie Lee Smith Hudgins, Harriett Ann Smith Farmer, Ruth Elizabeth Smith Drew, Lucy Seabrook Smith Groome, Virginia Smith Love, and Florence Meads Smith Morris, and three brothers, William Luther Seabrook Smith, David Walter Murden Smith, and James Wickham Smith. Joice is survived by her daughter, Katherine Healy Davis Small and son-in-law J. Craig Small, and three grandchildren, Joice Rainier Small, Davis Soles Small, and Katherine Florence Small. Also surviving are her sisters-in-law, Mary Wade Hudgins Smith of Mathews, Carolyn Bailey Smith of Moon, Sue Sorrel Davis of Apex, N.C., Barbara Elaine Reed of Mathews, and Dale Hudgins Davis of New Point; and many loving nieces and nephews and extended family. Joice graduated from Mathews High School in 1950. She cared for her mother, who suffered from Parkinson’s disease, until her death in 1961. She then went to work for Miss Mary Hopkins crafting pressed flower pictures. She subsequently took a job as a teller at Peoples National Bank in Gloucester. During this time, she continued to live at Old Field Point with her father and brother Jimmy. Joice and Jimmy cared for their father, who had suffered a heart attack in 1961, until his death in 1964. She was lovingly referred to as an “other mother” by many of her nieces and nephews who considered Old Field Point to be their second home. After her marriage in 1966, Joice and her husband Frank established a home near Mathews Court House. Their niece, Neena Love Putt, lived with them until her marriage. Joice went to work for Kathleen Llewelyn Ott, a local horse breeder, until she took a job at the Virginia Institute of Marine Science as a typist. She retired from VIMS as a Laboratory Specialist in the Fisheries Science Department after nearly 30 years of service.

During her career she worked in population monitoring programs for Striped Bass, as well as American Shad and River Herring. She was very proud of her contributions to the important work accomplished at VIMS. Joice attended Salem United Methodist Church in her youth, and later transferred her membership to Central United Methodist Church. Joice loved to sing and play her guitar and piano. She learned to sing with her mother and siblings and had a beautiful alto voice. She sang in the church choir and led the children’s choir at Central for many years. She had a lifelong interest in history and genealogy, particularly the history and people of Mathews County. She loved to share family history, stories and pictures. She was also an accomplished artist and produced beautiful watercolors and portraits of family and friends. Joice will be remembered for her wit and wisdom, and her loving personality. She was devoted to her family and loved spending time with her many nieces and nephews. She delighted in her grandchildren, and helped to raise them in a multigenerational household. The family would like to thank the medical personnel at Riverside Convalescent Center-Mathews for all their efforts on her behalf. They are particularly grateful to her devoted caregivers who cared for her at home prior to her final illness, and to family who faithfully visited and stayed at her bedside day after day. The family will receive visitors from 6-8 p.m. on Friday, July 1, 2022, at Faulkner Funeral Homes, Foster-Faulkner Chapel, Mathews. A Celebration of Life service will be held at 11 a.m. on Saturday, July 2, 2022, at Old Field Point Plantation, Moon, Virginia. Memorial donations may be made to Central United Methodist Church, P.O. Box 297, Mathews, Va. 23109; Mathews Public Schools Endowment Fund, c/o Mathews Community Foundation, P.O. Box 1037, Mathews, Va. 23109; or to Mathews Memorial Library, P.O. Box 980, Mathews, Va. 23109.