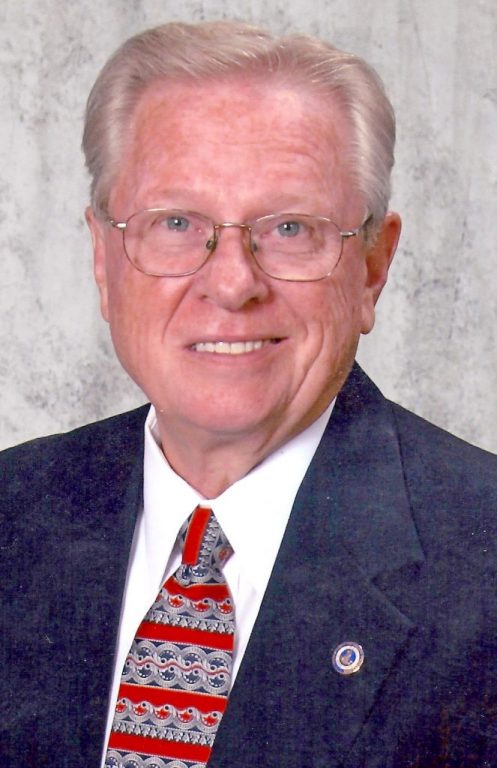 He grew up in West Point, Virginia; attended West Point High School and graduated in 1956 from the Medical College of Virginia with a degree in pharmacy. His love of pharmacy was manifested in the establishment of three pharmacy stores in Gloucester and West Point. After working as a staff pharmacist in Franklin from 1957-1963, he opened Plaza Pharmacy in Gloucester in October 1963. He later opened a pharmacy in his hometown of West Point and a second store in Gloucester. Hasty remained in the retail pharmacy business until 1988 when he became Director, Research, Development and Training for The Professional Health Foundation in Hampton. From 1992-1994, he served as executive director of the Virginia Pharmacists Association (VPhA).

In 1994, Mr. Hasty was appointed by Governor Allen as executive director of the Virginia Department of Health Professions and reappointed in 1998 by Governor Webb. The first and only pharmacist to hold the position, he retired in 2002. Mr. Hasty’s service to the pharmacy profession, local, state and national, was extensive. He was past president of the VPhA and served for 30 years as Assistant Clinical Professor of Pharmacy and Pharmaceutics at the Medical College of Virginia. He founded and coordinated the Virginia Pharmacists Aiding Pharmacists Program—the Virginia peer program for impaired pharmacists, which became the model for several like programs across the country. In 1984, Mr. Hasty provided assistance to Governor Charles S. Robb that led to the governor’s “Virginia War on Drugs” program. Subsequently, he received the first national “Pharmacists of the Year Award,” given by the Pharmacists Against Drug Abuse Foundation. The award was presented to him by First Lady Nancy Reagan at the White House. In Virginia, Mr. Hasty was named “Pharmacist of the Year” in 1984, and the Virginia Association of Professions named him “Professional of the Year” in 1994.

In 1999, he was named one of the 50 most influential pharmacists in America by AMERICAN DRUGGIST magazine. He was given the prestigious “Bowl of Hygeia” community service award from Wyeth in 2003. He served a three-year term on the Board of Trustees of The American Pharmacists Association (APhA). In 1985 Mr. Hasty received the Association’s “Daniel B. Smith Award,” recognizing a pharmacy practitioner who has distinguished himself and the profession by outstanding performance.

In 2000, he received the “Hugh H. Schaefer Award” from the APhA for a lifetime of contributions to the profession of pharmacy and in particular for his service to APhA. In 1986, the Virginia Retail Merchants Association named Mr. Hasty “Retailer of the Year” and the Gloucester Chamber of Commerce established the “John Hasty Award” to be given annually to “deserving community members for work in the community and for outstanding accomplishments.” Mr. Hasty was active in civic work for a half-century. He was the organizing director of the Bank of West Point and organizer, first president and chairman of the board of First Settlers Bank in Gloucester. He served on the regional board of the First Union Bank. He was chairman of the Gloucester Industrial Development Authority and a board member of the Middle Peninsula-Northern Neck Community Services Board. In 1998, the Gloucester Rotary Club honored him with a Paul Harris Fellow in Rotary International.

He actively supported the Boys and Girls Club of Gloucester serving as a founding member of the Board of Directors. He was instrumental in the organization obtaining its current facility in Hayes. He was presented with an Award of Excellence and Service for his 17 years of dedication to the organization and youth of Gloucester. An active leader and member of Bethany United Methodist Church at Gloucester Point for over 50 years, Mr. Hasty served as Chairman of the Building Committee for two different projects and was past Chairman of the Administrative Board; for 13 years he served as Chairman of the Board of Trustees. Mr. Hasty said he would like to be remembered for love of family, church and the profession of pharmacy.