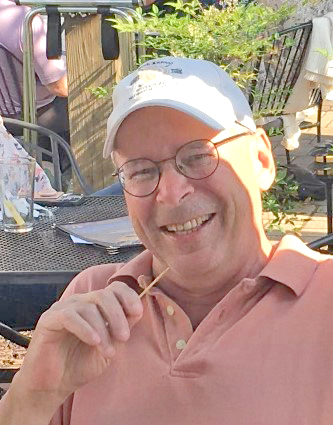 John Albert Grinnell of Bedford, Ohio, formerly of Charlottesville and Gloucester, Virginia, passed away on Friday, Dec. 2, 2022. Born on Nov. 16, 1959, John was the beloved husband of the late Ann E. Grinnell; loving father of David P. Grinnell; dearest brother of Jane Eyre Stanhagen, Philip Grinnell, Michael Grinnell, and Thomas Grinnell; son of the late John Eyre Grinnell and the late Jane Utterback Grinnell, and a cherished friend to many.

John graduated from Blue Ridge School in 1977. He was on the school’s football team and attended one semester at St. Andrews College. John worked as a manager at Mercury Finance and was married to his wife Ann Cartwright for 34 years. Later, John moved to Bedford, Ohio, and worked at Rick Case on the Bedford Auto Mile. John was a resident of Bedford for 25 years and had various careers as a truck driver for Kenan Advantage, assistant manager for Honor Finance, and PFS. John was an avid outdoorsman and enjoyed watching football. He enjoyed painting and was a devoted family man. Friends and family will be received at the St. John Funeral Home, 923 Broadway Ave., Bedford (one mile west of the Forbes-Broadway exit on I-271), Saturday, Dec. 10 from 2-4 p.m.