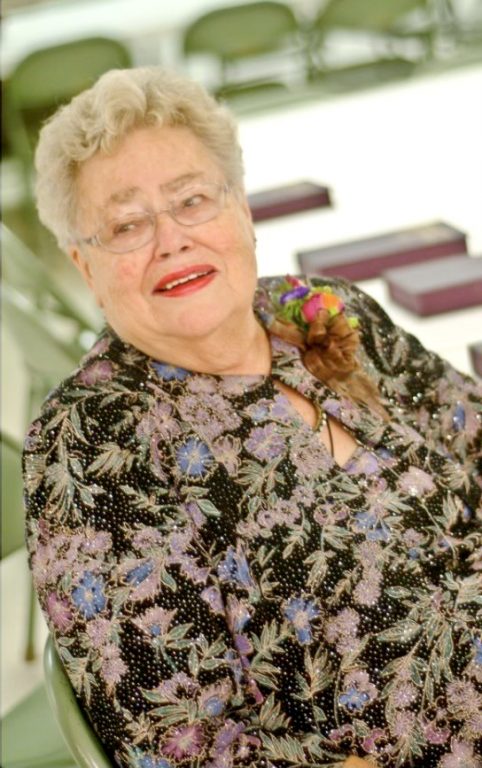 Jean Diggs Smith passed away peacefully in her sleep on Monday morning, May 10, 2021. She would have celebrated her 90th birthday on September 14 of this year, and was married to the late Kenneth Brown Smith for almost 60 years. Jean was the daughter of the late Bessie and Morgan Diggs of Mathews, Virginia. She was preceded in death by her son-in-law, Gregg Skurupey. She is survived by her four daughters, Debbie Zanca (Cris), Karen Soles (Blair), Connie Field (Stephen) and Kathryn Tidwell (Ed); nine grandchildren; 13 great-grandchildren with a 14th on the way. Jean is also survived by three siblings, Joyce Callis, Harold Diggs, and James Diggs, and her longtime friend, Irene White.

Jean was the definition of a matriarch, as she was proudest of her husband, her girls, and her family, while also putting her “all” into Smith’s Florist, which she started and then built over 50 years. She loved her customers, the relationships she had with all of her employees, and was a true pillar in the community. Jean sold the florist about three years ago, and the new owners continue to honor her legacy and all of the impacts she made on Main Street in Gloucester.

Her family describes her as “tough” with one-of-a-kind work ethic, also compassionate, giving, and the ultimate cheerleader.

Jean was very well-known for the beautifully and intricately knitted Christmas stockings and the many pound cakes she baked for anyone and everyone. Her girls and her family fondly remember over 30 years of annual summer vacations to the beach. Jean loved spending that week each year with all of her children and grandchildren under one roof. Her grandchildren also remember spending Saturdays with her and “Pop Pop” with countless trips to Nuttall’s Store, general errands, and doing other fun tasks around the house.

She was an active and devoted member of Singleton United Methodist Church, where she sang in the choir for many years. Jean loved her church family and would light up whenever she got to spend time with them.

The family would like to thank the staff and healthcare professionals at Heron Cove and Riverside Walter Reed Hospital for taking such great care of her. Donations can we made in the form of flowers to honor Jean’s legacy or memorial donations can be sent to Singleton United Methodist Church (P.O. Box 27, Schley, Va. 23154) or Gloucester Volunteer Fire & Rescue Squad (P.O. Box 1417, Gloucester, Va. 23061). A funeral service will be held at Singleton United Methodist Church on Thursday, May 13, 2021, at 2 p.m. with burial in the church cemetery.