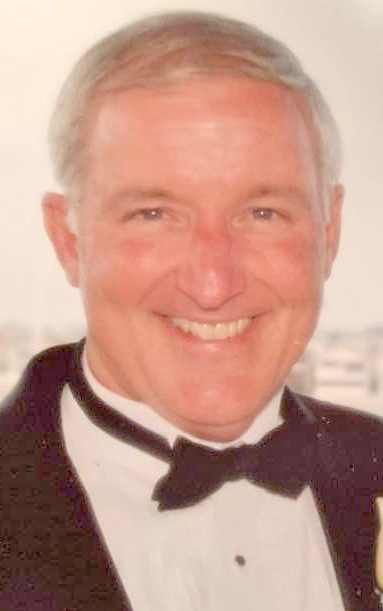 James Patrick (“Pat”) Dorgan, 72, of Dutton, Virginia, passed away peacefully on the sunny Sunday afternoon of Sept. 6, 2020 at his beloved pastoral home on the Piankatank River, surrounded by his family. Born on Sept. 19, 1947 as the sixth of ten children in a loving and impassioned Irish Catholic family, Pat honed his gift of gab and comedic wit at an early age, thanks in large measure to his relationships with his brothers and sisters, both older and younger. His love and reverence for any and all things nautical was a natural by-product of being raised on the Mobile Bay in his beloved hometown of Mobile, Alabama. As the consummate “son of a son of a sailor” his love and appreciation of being on the water was a core part of him, and something he loved to share with and impart upon others. He loved to extol the virtues of “drifting” to anyone who would listen. Service to others and religious devotion were ingrained in Pat at an early age. At age 15, he headed to Baltimore to study for the priesthood. After several years in the seminary, Pat heard a different calling and went to pursue a degree in philosophy from Duquesne University in Pittsburgh. Before graduating, Pat met his soulmate and the love of his life, Joan. In a whirlwind of activity, the happy couple married in 1970 and were soon dispatched to Germany as Pat dutifully and honorably served his country as a Lieutenant in the U.S. Army for four years. Following his military service, Pat and Joan headed to Boston, where he secured his master’s and doctorate degrees from Boston University. Dr. Dorgan began his career as a psychologist in what became his second hometown, Gloucester, Virginia. He and Joan raised their three children here and actively participated in all that “the land of the life worth living” in Gloucester provided. He spent the next three decades helping families of all backgrounds as a clinical psychologist in several publicly funded counseling centers and as an adjunct professor at the College of William and Mary. He felt fortunate to be mentored by the visionary Dr. Jay Haley and others. Some of Pat’s proudest moments came when he was able to pass down the knowledge he gleaned from his mentors to the next generation of mental health professionals. Pat was un-wavering in his commitment to repairing and maintaining familial relationships, and his life’s calling was quite simply, listening to and helping people. While proud of his own professional endeavors, it paled in comparison to the enormous pride he had in all his children and grandchildren and their accomplishments. He took particular pride in knowing all three of his children followed his footsteps in choosing careers in the service of others in the public sector—his son as a prosecutor and his daughters as an elementary school teacher and a social worker. Later in his career, Pat and Joan found their idyllic river home on the Piankatank River, “Dorgan’s Landing.” Pat spent the last two decades of his life enjoying all that the property had to offer and sharing it with countless family and friends. “It’s good to be together” was, and is, the refrain for every family gathering. He was deeply committed to fostering and photographing family relationships at the river and creating indelible memories. Whether you knew him as Pat, Uncle Pat, Dr. Dorgan, Dr. D, Shorty, Dad, or Beez, he could always be counted on for his positive energy, his willingness to engage anyone, and his generosity with his time. Though Pat faced significant health-related challenges in the last year of his life, he remained resolute in his love for his family, positive, and quick-witted until the very end. The family is enormously appreciative of all the medical professionals who assisted Pat over the course of this year, which helped immensely in easing an otherwise difficult journey. Pat is survived by his beloved wife Joan, with whom he celebrated his 50th wedding anniversary on Aug. 9, 2020. He often remarked they were both blessed to be “loved by their beloved.”

Also left to celebrate his memory and carry on his legacy are their children, Patrick, Katie, and Colleen and their spouses, Meghan, Jim, and Nate, and the “great eight” grandchildren, Grace, Harrison, Connor, Addy, James Hoover, James Davies, Ryan, and Colson. Pat’s extended family of brothers, sisters, brothers-in-law, sisters-in-law, nephews, nieces and friends that he loved as dearly as family are too voluminous to list but all held special spots in his heart. Everyone who knew him would agree that if you were blessed and had the good fortune of having Pat touch or impact your life, you are a better person for it. Father Gregory Kandt will conduct a graveside service at 12:30 p.m. on Saturday, Sept. 26, 2020, in Windsor Gardens Cemetery and Mausoleum. In memory of Pat, contributions may be made to the J. Patrick Dorgan Family Therapy Center, P.O. Box 40, Saluda, Virginia 23149, a 501(c)(3) organization committed to repairing, improving, and supporting healthy family relationships, re-named in his honor upon his retirement in 2012 after 35 years of passionate public service.