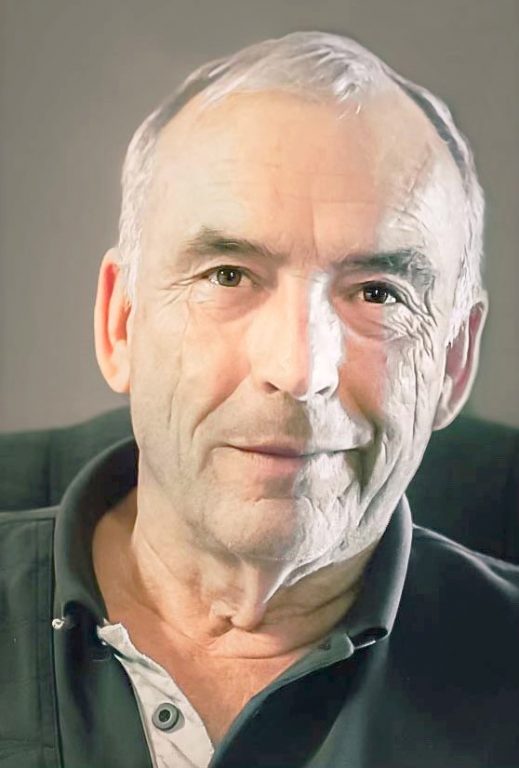 James Michael Wilson, 67, departed this life and entered Eternal Life on Feb. 13, 2021. He is survived by his loving wife, Cheryl Landers Wilson; four beautiful and devoted daughters, Carrie Elizabeth Wilson (Michael), Courtney Wilson Callis (James), Catelyn Wilson Penick (Gordon), and Cassie Wilson Harmon (Layne); two stepsons, Andy Jackson and Jake Jackson; 11 grandchildren who adore their beloved “Poppi,” Ellyana, Colter, Callie, Chessie, Maddie, Cade, Charlee, Hadley, Livvy, Cash, and Rhett; the girls’ Mom and “Mimi” to their grandchildren, Ellen Williams (Edgar); sisters, Sharon Bartley (Thomas) and Tammy Prosek (Jerry); nieces, Maggie Bartley (Jeffrey), Lauren Hall (Jason); nephew, Ashley Jones (Erika), and many loved cousins and great-nieces and -nephews. His home was always open and he had a number of “adopted daughters” and many, many treasured friends, all of whom he counts as family. He would often say, “Never has a man had a family more awesome than this,” and he loved them all dearly. He was preceded in death by his father, Kenneth Hyman Wilson; mother, Carrie Margaret Stamper Wilson, and brother, Kenneth Hyman Wilson Jr.
Born in Richlands, Va., Mike was a lifelong resident of Gloucester and Mathews, communities in which he took great pride. A hard worker since his early teens, he could build anything! He built hundreds of homes and developed areas across Virginia and beyond. He volunteered with Habitat for Humanity and would literally give anyone the shirt off his back. The homes he built for families, the careers he created for so many hardworking employees and partners, and the places he beautified in Gloucester and Mathews will stand for generations as a testament to his strong work ethic and the care he took in making sure a job was done right.

Mike was a man of many talents. He served in the U.S. Marine Corps, was a team roper in rodeos, winning the state championship in 1987, a horseman, and an outdoorsman. He absolutely loved bird hunting and said there is nothing better than watching a good bird-dog work in the field. His first memories of bird hunting were hunting grouse with his grandfather, and he wanted to do the same for his grandson. He and Colter had several good hunts together, and Mike’s passion for bird hunting has been firmly passed on to the next generation.

Mike was a great shooter and loved shooting sporting clays. He and Cheryl traveled to many tournaments and made close friends across the country. He was particularly proud of his home club, Shenandale Gun Club (Swoope, Va.), and also enjoyed shooting at Old Forge, Central Virginia Sporting Clays, and with the boys in Mathews and at the field in Isle of Wight.

The woodshop was Mike’s favorite place, where you could often find him working hard, reminiscing with friends, telling stories, and teaching the right way to build. He worked in the shop every day, right up until the end, and made everything— beds for the kids and grandkids, beautiful farm tables, live edge pieces, barn doors, and cutting boards, to name only a few—with his family by his side, learning from the best. One project he particularly loved was making wooden crosses to hand out, to share in the love that God has for all of us.

As strong as Mike was physically, he was even stronger in faith and walked closely with our Lord and Savior, Jesus Christ. Even throughout his illness, he stayed happy, strong in the faith that Jesus was with him, filling him with peace and comfort, and that eternal life was waiting. Mike and Cheryl are members of Christ’s Community Fellowship in Wichita Falls, Texas, with Mike having met its pastor, James Sterling, when he was preaching at Mathews Church of Christ. James, his wife Natalie, the Sterling family, and the CCFWF church family have been a source of great strength and comfort, even across the miles.

Knowing this day was coming, Mike said, “In my last days and months I took great joy and found happiness and peace in the Lord, and I hoped to inspire people to come to Jesus. I took comfort in the love and support of my family and friends, and I hope that others find inspiration in my story.”

A graveside service will be held at Rosewell Memorial Garden Cemetery on Sunday, Feb. 21, 2021, at 1 p.m. In honor and memory of Mike, contributions may be made to the Gloucester Volunteer Fire and Rescue Squad, P.O. Box 1417, Gloucester, Va. 23061. A private reception will be provided by Beulah Baptist Church following the service, and a public celebration of life will be held at a later date.