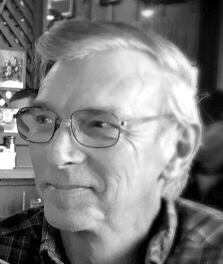 On Wednesday, Dec. 15, 2021, our family and the world lost James Franklin Clements of Bellamy, Virginia.

James (Jim) was born in Bellamy, on Sept. 3, 1958 to father, Malcolm Clements, and mother, Ann Kirby. Jim worked for Herbert Clements & Sons. He most recently worked at Home Depot in the Gloucester Court House area. However, many know Jim from the years of service helping at the Bellamy general store.

Jim lived his life like he was the dependable cowboy in a Western movie. His tool of choice was his rifle. He worked hard for everything he had and did not want to inconvenience anyone. Most of all, he loved spending time with his wife. Weekly outings to sell knickknacks at the flea market or the occasional date night, it was rare for the couple to not be seen together.

The family asks that all donations be made in Jim’s name to the Gloucester-Mathews Humane Society.