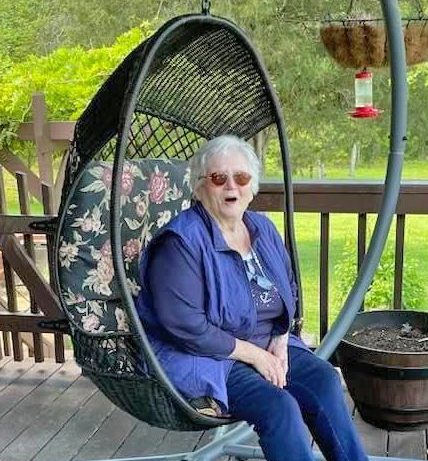 Jacqueline “Jackie” D. Lindsay of Hayes, died at Mary Immaculate Hospital on Monday, July 18, 2022, at the age of 84. Jackie was preceded in death by her parents, Cyrus Dowell and Virginia Owen Dowell; sister, Joann Wood, and by her husband, Frank Lindsay.

Jackie is survived by her children, Greg Lindsay (Janet), Todd Lindsay (Beth), and Connie Spence (John); her grandchildren, Erica Andrews, Stewart Moranha, Hannah Lindsay, and Colton Spence, and two great-grandchildren, Ryder and Carter Andrews. She is also survived by her two sisters, Pam Carney and Kathy Dowell Kurtz. She is further survived by her life partner, Charles Robbins. Services will be private and are under the direction of Hogg Funeral Home & Crematory.