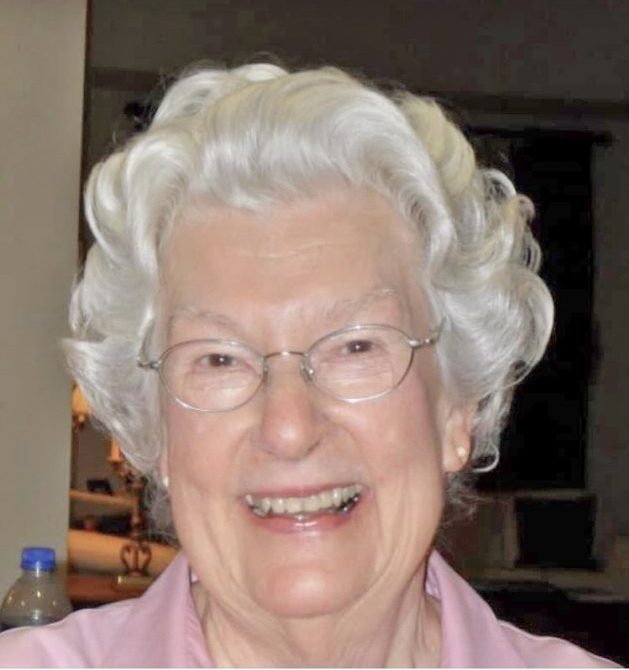 Jacqueline Bruce Rowland (“Jackie”), 92, died on March 14, 2022 at Lakewood Retirement Community in Richmond. She was born on Nov. 14, 1929 in Hampton, Va. Her parents were Robert L. Rhodes and Fay Wiatt Rhodes. She was predeceased by her husband, Dr. Harry Shepard (“Shep”) Rowland Jr.; a brother, Robert L. Rhodes Jr.; and sisters, Fay Wiatt Rhodes of Hampton, Clementine Rhodes Bowman of Gloucester, Maude Rhodes Cox of Smithfield, Marguerite Wiatt Rhodes of Richmond, and Helen Rhodes Workman of Roanoke, as well as numerous cousins, nieces, and nephews. Her four surviving children and 11 grandchildren are Andre (“Andy”) Erwin Harlfinger of Mount Vernon, New York, and his two children, Natasha and Foster; Paula Fay Harlfinger of Richmond, and her four children, Wiatt, Eva, Johanna (“Hanne”) and Arrington; Morgan Paldron of Minneapolis, Minnesota, and her two children, Zayden and Zealia; and Robin H. Farinholt of Richmond, and her three sons, Brown, Max, and Sinclair.

Jackie was a resident of Gloucester, Va., from 1938 to 1947 and lived in Richmond for the remainder of her life except for eight years in Tucson, Arizona. She was a graduate of Botetourt High School and then went on to graduate from the Johnston Willis Hospital School of Nursing obtaining her RN degree. She later obtained her B.S. in Nursing from MCV and her Master’s in Mental Health and Psychiatric Nursing from MCV. Jackie also obtained certifications as a Clinical Specialist in Adult Psychiatric and Mental Health Nursing and in Nursing Administration from the American Nurses Association. Jackie had a multi-faceted career as a nurse including serving in the Operating Room during the early years culminating in various senior supervisory and managerial positions in both Richmond and Tucson. Some of Jackie’s most significant positions were with the Veterans Administration. She also held a faculty appointment as a Clinical Associate in Psychiatric-Mental Health Nursing with MCV/VCU.

Jackie was inducted into the VCU School of Nursing Honor Society and held several professional memberships including Sigma Theta Tau National Honor Society of Nursing, Gamma Omega Chapter, and the Nurses Organization of the Veterans Administration. In addition, Jackie served on a dozen VAMC committees including as Chairperson of the Task Force to Revise Nurses Orientation Program, Nursing Education; Chairperson, NCHU Peer Review Committee; and as a member of the Nursing Standards Committee. Her MCV/VCU committee positions included the Death and Dying Committee; Suicide and Violence Committee, and the Quality Assurance Committee, Psychiatric Service. Jackie was a member of her beloved First English where she served in numerous leadership capacities. In addition, Jackie founded and wrote the “Hillsview” news, a family newsletter which memorializes the family history.

Family and friends remember Jackie primarily as a kind and warm person who always offered to help—never seeking recognition—someone that cared. The funeral will take place at First English at 11 a.m. in Richmond on Monday, March 28, 2022. Shortly thereafter, the family will receive friends from 2-3 p.m. at Andrews Funeral Home in Gloucester. A graveside service will follow at 3 o’clock at Newington Baptist Church Cemetery, Gloucester.