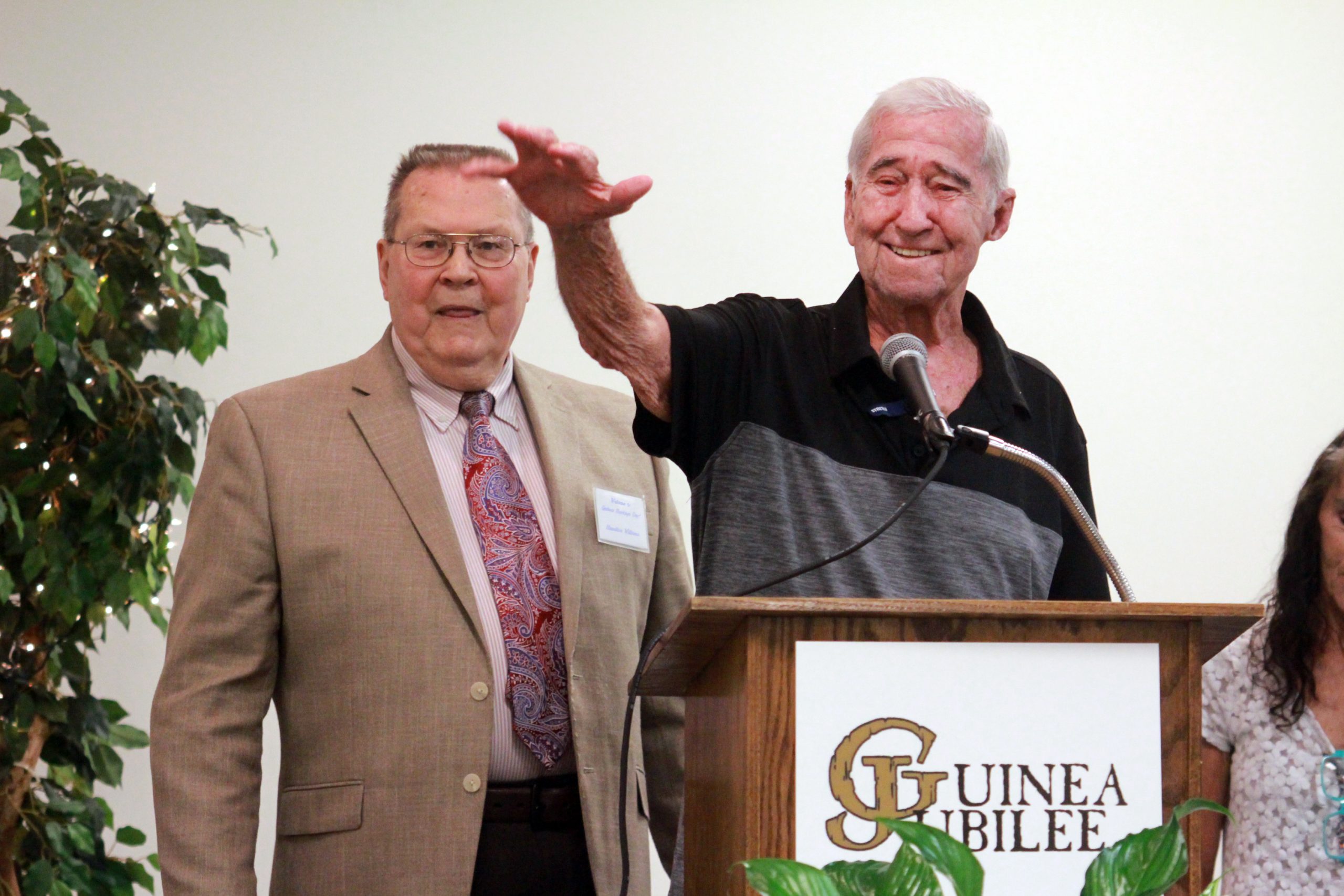 CHARLIE KOENIG / GAZETTE-JOURNAL John “Jackie” Thomas Bonniville Sr., who had a 68-year career as a waterman, was named the 2022 Guinea Jubilee grand marshal. Here, he waves to the crowd after being introduced by Guinea Heritage Association member Hamilton Williams, at left. Below, also taking part in Sunday’s program were Guinea Jubilee Teen Miss Sara Hedge, Miss Guinea Jubilee Kennedy Bohannon and Ms. Guinea Jubilee Savanna Fatony, from left. They won their crowns in a pageant held on Saturday afternoon.

Lifelong Guinea waterman Jackie Bonniville was supposed to be the 2021 Guinea Jubilee grand marshal, but a rise in Covid cases caused the rather sudden cancellation of that year’s festival.

But all is good. John “Jackie” Thomas Bonniville Sr. will finally get that title later this month when the Guinea Jubilee returns after a two-year hiatus on Sept. 23-24.

The announcement of the Guinea Jubilee grand marshal came at the conclusion of Sunday afternoon’s Guinea Heritage Day celebration at the Abingdon Ruritan Club building in Bena, a roughly-two hour program that included an appearance from the top Miss Guinea Jubilee pageant winners, the 2022 student art contest winners from Achilles Elementary, musical performances from the Kellum Family Singers, the unveiling of this year’s Guinea Jubilee T-shirt and the ever-popular Guinea Cake Silent Auction (which this year included individual slices for sale for $2 each to allow the crowd to taste some of the Guinea bakers’ handiwork).